Vinci is "thinking" about changing its governance 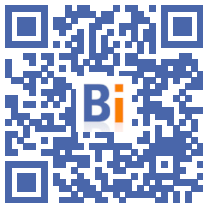 The Vinci group is "thinking" about the future of its governance before its general meeting in April, said Monday, January 17 the current CEO Xavier Huillard, who has been leading the French construction, infrastructure and concessions giant since 2010. transport, airports and highways.

The term of office as director like those of chairman and chief executive officer of Mr. Huillard, who will turn 68 in June 2022, expires in April at the next general meeting of shareholders and the board is "reflecting" on the possible evolution of the governance, but without changing the statutes of the group, indicated Mr. Huillard during a meeting with the press Monday.

“A possible dissociation of functions during the next mandate is not ruled out,” he said, while minimizing a current “fashion” effect which would impose such a measure in the Anglo-Saxon world.

"The Great Breton world is in favor of a dissociation of functions, but not the American world" he noted, noting that in France, the current trend observed within the major CAC40 groups (L'Oréal, Saint -Gobain, or Air Liquide) to split the two functions made it possible above all to achieve smooth transitions between the former CEOs and their "foals".

"It's a sensitive subject that depends on the history of the company and the phase in which it finds itself," he said. "Supposing that the board decides to propose a renewal of my term of office to me at the general meeting in April 2022, I would be confirmed CEO, but I would leave my position as CEO during my term of office, because the group does not intend to change the statutes" he said, believing "to be able to be useful as president".

"You have to put yourself at the exclusive service of the new general manager, agree not to take anyone on the phone anymore, this presupposes real generosity and a desire to succeed" he commented.

The French building and infrastructure giant is due to announce its 4 annual results on February 2021.

Until the 3rd quarter, the Covid crisis had a strong impact on Vinci, with construction, particularly in France, remaining supported by the major Paris Express sites, while the Airports branch suffered from the health crisis and the collapse in air traffic global.

"Does this form of mobility have development potential or not? Our answer is yes, provided that the sector decarbonizes" said Mr. Huillard, citing "two airports in Japan that are already carbon neutral", and the project of that of Lyon to become it in "2026".

Vinci, which operates a total of 53 airports in 12 countries, has just announced the acquisition of seven airport concessions in Brazil, including Manaus. "Without an airport, in the Amazon, they are dead," he said.