Vinci Airports sets up in Mexico 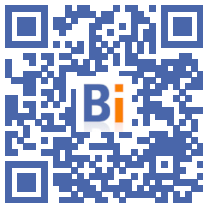 Airport manager Vinci Airports announced on Monday August 1 that it had signed the takeover of 29,99% of the capital of the Mexican group OMA, which notably manages the Monterrey and Acapulco platforms, of which it will become the reference shareholder.

Vinci must pay $815,4 million to buy out Fintech Advisory, a fund owned by Mexican businessman David Martinez, according to OMA.

Listed on the Mexico Stock Exchange and Nasdaq, the OMA group manages 13 airports located in northern and central Mexico, which welcomed 18 million passengers in 2021 (and 23 million in 2019, before the health crisis), specified the subsidiary of Vinci Concessions in a press release.

The company hopes to finalize the operation at the end of the year. Vinci Airports, which has just expanded to Brazil and Cape Verde, will then manage more than 70 airports in 13 countries, she said.

"The division confirms the continuation of its international development dynamic and consolidates its position as the leading private airport operator in the world", underlined Vinci Airports in its press release.