Vicat weathered the crisis, sales and results up in 2020 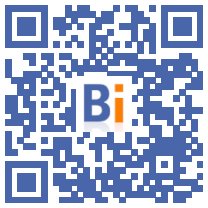 The cement group Vicat recorded in 2020 a net profit of 156 million euros, up 4,8%, for a turnover up 2,4% to 2,8 billion euros, the second semester that made it possible to erase the decline of the first six months linked to the Covid-19 epidemic.

At constant scope and exchange rates, sales growth stood at 5,5% over the year, with a second half of the year up nearly 14% after a decline of 3,2% in the first half, indicated the group in a statement.

Organic growth over the year is positive in all geographic areas, with the exception of France, says Vicat.

CEO Guy Sidos, quoted in the press release, praised "despite adversity (...) a solid improvement in results", emphasizing the "industrial efficiency" of factories to serve the various markets as well as on "group resilience and agility".

The good operating performance is reflected in the gross operating surplus (EBITDA), which rose by more than 10% at constant scope and exchange rates, a consequence according to the group of the growth in activity as well as the effect of cost reduction and lower energy prices.

The group also notes a "general trend in sales prices in a positive direction, with the exception of the Mediterranean area".

These positive elements made it possible to offset the contraction of activity in France (-2,4%), which is the group's leading market with a third of sales, and the total stoppage of activity of 30 days in Italy and 33 days in India.

In its outlook for 2021, Vicat expects further growth in EBITDA at constant scope and exchange rates, while noting that the economic environment in the countries where the group operates "should still be affected by the pandemic" and that "volatility activity remains strong ".

However, the group intends to maintain its investment efforts, expected to increase compared to 2020 around 365 million euros.

In view of the results, the board of directors will propose to the next general meeting that the dividend be maintained at 1,50 euros per share.