Very unequal departments faced with the economic impact of the epidemic 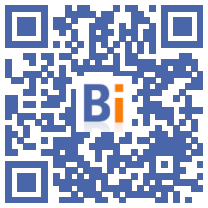 The Covid-19 epidemic has generated an "unprecedented geography of crisis", with very unequal economic repercussions of confinements according to the departments, in particular because of their specialization in tourism, industry or the food industry, according to data published by INSEE on Thursday.

If the measures to fight the epidemic have affected the entire territory, especially during the strict containment of spring 2020, "the intensity" of the decline in activity is "variable depending on the departments", notes INSEE in this study from a book on France and its territories.

"The departments that are the most affected are the tourist, southern and mountain departments, the Dom, depending on the time of confinement (...), as well as the urbanized departments, and here too it is a novelty", because they are traditionally drivers of employment with their service activities, underlines Christine Charton, co-author of the study.

"Conversely, the rural departments of the center, ultimately not very touristy, or those of the west, oriented towards agro-food industries have been more preserved," she adds.

The institute has analyzed the evolution of the volume of paid hours, recourse to short-time working, transactions by bank cards or population movements since the start of the crisis.

First, the spring containment affected the mountain departments, putting an "abrupt" end to the winter tourist season, and "the industrial departments where the manufacture of transport equipment is located", such as Haut-Rhin, Le Doubs (automobile) or Haute-Garonne (aeronautics), underlines INSEE.

The activity also plunges into the tourist departments of the south-eastern coast. The same is true in Ile-de-France, for example in Seine-et-Marne where Disneyland Paris is located, and in the capital, where the absence of international tourists and the stopping of business trips are felt.

Summer will be a more dynamic interlude for tourist areas, with exceptions, such as Corsica, certain Dom or Paris "where many students have not returned and where business or leisure tourists remain rare", details l 'Insee.

The Doubs and Haute-Garonne are still affected by the slowdown in the manufacture of transport equipment.

The second confinement decided at the end of October continues to particularly affect Paris and plunges the mountain departments back into difficulty. The Haut-Rhin and the Bas-Rhin are the victims of the cancellation of the Christmas markets.

In the departments least affected by the crisis, "yesterday's handicaps, such as the aging of the population or the low population density, paradoxically dampened the effects of the crisis," said INSEE.