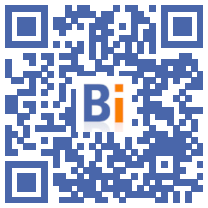 The police dismantled last week a vast Pakistani network of hidden work in the building and public works of Ile-de-France and laundering of tens of millions of euros, we learned from the investigators.

In less than three years (from 2019 to 2021), the network would have laundered "41 million euros", according to an estimate by police officers from the OCRGDF (fight against major financial crime) and Ocriest (fight against labor concealed).

On January 10, 11 people (de facto managers of construction companies and managers of fictitious companies) were arrested, including two brothers at the head of the network. All of them, Pakistanis or from Pakistan, were indicted and imprisoned on January 13.

The investigation began in 2020 with information on a sector supplying a Pakistani national in France with false administrative documents (passports, identity card, driving license, etc.) from different countries in the Schengen area.

From Pakistan, the false documents passed through Greece and Turkey before arriving in France.

The construction companies concerned used undeclared and undocumented employees, which allowed them to avoid paying social security contributions and thus increase their margins.

At the same time, the network had created fictitious so-called "taxi" companies, intended solely to transit the money.

The funds, whose origin is still unknown, were paid into bank accounts opened with false documents (180 in total). Half of the monies went to accounts in Pakistan and the other half was disbursed in cash or redirected to other accounts.

During the searches, the investigators discovered 134.000 euros in cash, "more than a million euros on several accounts" and luxury cars.