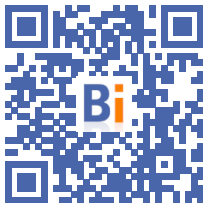 Valérie Pécresse, who hopes to represent the right in the presidential election, on Tuesday promised a law "to protect major projects" so that justice is determined more quickly and no longer blocks them for several years like the CDG Express fast train.

"Today, I am pulling a huge alarm signal on the blockages encountered by all our projects", launched the president of Ile-de-France during an intervention on the occasion of the "Summit of Grand Paris" , questioned about the measures she would take if she acceded to the presidency of the Republic.

"I will pass a law to protect these major projects," she replied. "We cannot find ourselves four years after a declaration of public utility with a judicial annulment. It is not possible," she added.

She cited as an example the CDG Express, whose work was stopped in November by the administrative court of Montreuil (Seine-Saint-Denis) which canceled a derogation from the environmental authorization allowing it to cross areas where species live. protected.

If she admits that "the right of appeal is constitutional", Ms. Pécresse pleads for "faster court times" so that "the judge rules very quickly and that major projects are not treated like Madam's building permit. Dupont ".

"We need a law that will allow our country to consider that when a project exceeds a certain amount of public investment it is of major interest by nature", she insisted, referring to "pragmatism" in this area. from countries like the United States, China and Germany.

"There is no country in Europe in which a project like the CDG Express, with two billion euros of public money, is not considered not to be of major interest," he said. she lamented.