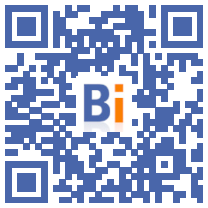 The Ile-de-France region is launching on Monday a "young working people income" (RJA) of 500 to 670 euros per month conditioned on free training for unemployed 18-25 year olds, explained its president Valérie Pécresse.

"The paradox of this crisis is that there are both economic sectors which are down and economic sectors which recruit massively and which are in shortage of jobs", namely "digital, security , agrifood, industry, health and social, building and construction, "said the president (Libres!) of the region, in the program the Grand Jury RTL-Le Figaro-LCI.

The measure will cost the region 270 million euros, his entourage told AFP.

"By registering for one of the free and qualifying training courses in the regional catalog", vocational training trainees will receive "a net income of 500 to 670 euros per month, for any training followed for a duration of at least equal to four months, ”the region explains on its website.

The variable part, a bonus of up to 1.000 euros, will be awarded if the training belongs to one of the sectors in tension.

"It is an income of 4.000 euros for six months of training in jobs which recruit: the young person who engages in this training not only will be paid but in addition is sure at the exit (...) to find a job ", summarized Ms. Pécresse who is thus opposed to the establishment of a young RSA during the crisis, demanded by several left-wing personalities including the PS mayor of Paris Anne Hidalgo.

"I am totally against locking up young people aged 18 to 25 in the assistantship," said the former spokesperson for the government of François Fillon under the presidency of Nicolas Sarkozy.