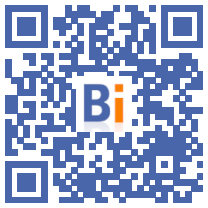 The shopping center giant Unibail-Rodamco-Westfield (URW) returned to activity close to pre-pandemic levels in the first half of the year, with turnover up 45% compared to the same period of 2021.

The group's net recurring profit, the sector's benchmark indicator, also rose sharply by 50,5% compared to the first half of 2021, to 711 million, benefiting from the improvement in the health situation.

“Merchant revenue exceeds 2019 levels” for the second quarter, the group said in a statement. "The peak of the crisis was in 2021 for URW", notes Jean-Marie Tritant, the chairman of the group's management board.

“The recovery recorded in the second half of 2021 improved in the first half of 2022, despite the lingering effects of the pandemic”, adds Mr. Tritant, referring to the closure of certain centers in the Netherlands.

URW's exhibition branch, which notably includes the Villepinte and Porte de Versailles exhibition centers in Paris, is posting good results due to the end of sanitary measures. It also benefits from aid from the French State of 25 million euros in compensation for the closures of previous years, indicates the group in its press release.

Footfall at its shopping centers has still not caught up to pre-pandemic levels, however: in the first half of the year it stood at 85% of 2019 levels at the same period in continental Europe, and at 89% in the United States. United.

Vacancy in shopping centers is down very slightly, to 6,9% against 7% at the end of 2021. It remains stable in continental Europe, at 4%.

The group has completed 80% of its €4 billion disposal program in Europe, with the aim of reducing debt.

In the United States, from which URW wants to withdraw during 2022-2023, "we have continued to rationalize our asset portfolio", indicates Mr. Tritant in the press release, with the sale of the building land of the former shopping center Boardwalk in the San Fernando Valley in California. "We are in active discussions concerning the sale of other regional assets", explains the chairman of the group's management board, without further details.

For the only forecast for the year 2022, "in an uncertain global context", URW is revising its adjusted recurring net profit per share upwards, "from 8,20-8,40 euros to at least 8,90 euros".