Urban heating insufficiently exploited in France, according to the Court of Auditors 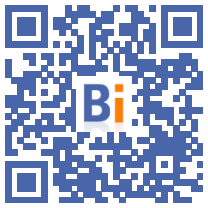 The result of a joint investigation between the Court of Auditors and 9 regional audit chambers, this report notes that the so-called “urban” or “district heating” heating method is an effective contribution to the energy transition which remains insufficiently exploited.

It analyzes the way in which the public authorities, State and local authorities, implement the national objective of developing heating networks in a context of energy saving policies. This objective aims to achieve renewable heat production representing 3,4 million tonnes of oil equivalent in 2030[1].

The Court notes first of all an insufficient development of network heat produced from renewable energies compared to the objective that France has set: to multiply by five between 2012 and 2030 the quantity of heat and cold. renewable. In the case of sufficient density of residential or tertiary buildings, district heating indeed offers many advantages in terms of energy. In France, the penetration rate of these systems is below the European average. The consumption of renewable heat by the networks has increased from 0,68 to 1,21 Mtoe[2] between 2012 and 2019, growing by 10% per year, but this trajectory remains insufficient to reach the set objective. To achieve this, France must increase its rate of development on the one hand by increasing the proportion of renewable energies supplying existing networks and on the other hand by developing new networks.

[1] The ton of oil equivalent (toe) represents the amount of energy contained in a ton of crude oil, or 41,868 gigajoules.

The Court then notes that the planning and management of this public service can be greatly improved. It recommends greater involvement of local communities, which are the main players in the development of this industrial and commercial public service. Due to the weight of the investments necessary for the creation of a heating network, the majority of public heating networks (80%) are operated in the form of a public service delegation by local authorities. The Court notes in its report several examples where the controls of delegating authorities were deficient, often due to the lack of suitable human and technical resources. These gaps must be filled by an adequate transfer of skills to all public inter-municipal cooperation establishments with more than 20 inhabitants.

The need for better information on the economics of district heating

To refine the management of this public service by local communities and respond to the shortcomings observed, the collection of economic data on district heating must be improved. Access to this useful data should be facilitated for the State and local authorities, faced with the various constraints linked to the preservation of industrial and commercial secrets of network operators which make them difficult to access (in particular the selling prices of the network. heat). Better information for consumers on the prices and quality of the public district heating service would also promote the development of these networks: it would be desirable for communities to make this essential information more accessible to inform consumers about their choice of power source.

Today, actions are essentially carried out by three public institutions: the Ministry of Energy Transition, the Environment and Energy Management Agency (ADEME) and the Center for Studies and Expertise on risks, environment, mobility and planning (CEREMA). The total resources devoted by these institutions to heating networks remain modest: 20 full-time agents for an estimated cost of 1,5 M € per year, to which is added a 1,3 M € for research support or to partners, for a total of € 2,8 million. The reduced VAT rate (5,5%) on networks supplied by renewable energies represents a tax expenditure of € 67 million per year. While it may present a risk of incompatibility with European regulations, this measure is nevertheless effective and an incentive for the development of renewable energies.