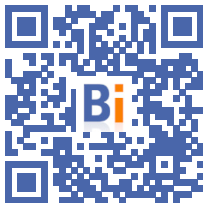 Under the double effect of the health crisis and the prolonged electoral sequence of spring, public purchases, in investment and services, are experiencing a worrying collapse. Compared to the same period in 2019 (January to September), public procurement from municipalities fell by 7 billion (-37%) and that of intermunicipal authorities with their own taxation (communities and metropolitan areas) by around 2 billion (-23%). ).

However, it is indisputably at the level of municipalities and inter-municipal authorities that most of the revival will take place in terms of calls for tenders and works. By concentrating 55% of all purchases - weight unchanged since 2012 - their role is decisive in the revival initiated by the government, both with regard to the procurement of services and the continuation of renewal works, as new projects carried by the teams elected in the spring and early summer.

All sectors are concerned: new work and especially renewal work are hard hit by the crisis: -24% and -35% respectively for all buyers. The service sector, which has been growing strongly in recent years, is also in decline in 2020.

Engage the recovery plan as quickly as possible in the territories

In this context, the AdCF welcomes the instructions finally given by the government to the prefects of regions and departments (circular of 23 October 2020) to initiate the measures of the recovery plan in the territories, by combining short-term actions and measures in the longer term. The plan's instructions for use were widely awaited by the inter-municipal authorities in France.

On the occasion of its general assembly which was held on November 5 in Paris, and during which its national bodies and its presidency were renewed, the elected representatives of the AdCF reaffirmed their desire to actively engage in the rel. The AdCF will thus encourage all members to step up their mobilization in the field through their local recovery plans, if possible co-constructed with local economic players (construction companies, manufacturers, farmers, local companies, delegatees public services, associations, cultural and sports sectors, tourism professions, etc.)

The AdCF notes that a number of local recovery plans have already been adopted or are in the process of being adopted. They will be decisive in restoring visibility to economic players and facilitating coordination between public and private investments. Through their operational project management skills and their engineering, metropolises and communities have a major role to play as close as possible to the field. It will be up to them in particular to carry out structuring projects in terms of economic development and reindustrialisation, digital equipment and uses, energy efficiency and ecological transition, mobility and housing, revitalization of commerce and Arts and crafts …

The AdCF also calls on its members to help their municipalities to relaunch their own investment and purchasing policies. This aid can go through budget support but also engineering support to accelerate procurement and the realization of projects. It is together, by coordinating closely in multi-year investment plans for territories, that municipalities and inter-municipal authorities will contribute most effectively to the resilience of local economies.