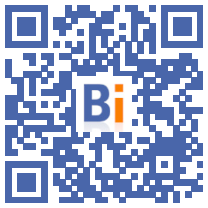 The unions unanimously warned the government on Monday, September 12 against any measure on pensions that would be slipped during the budget debates this fall, stressing that this would provoke their mobilization and their withdrawal from the social consultations wanted by the executive.

The Minister of Labor, Olivier Dussopt, and the Minister Delegate for Vocational Training, Carole Grandjean, brought together the social partners on Monday to present their "roadmap" for the five-year term on the various subjects in their field.

Questioned at the exit, the unions indicated that Mr. Dussopt had not advanced on the hypothesis of a measure during the budgetary debates, referring to the publication of the report of the Pensions Orientation Council (COR).

According to this report, which AFP obtained a copy of shortly after and of which the social partners were unaware at the time of the meeting, the pension system generated a surplus of 900 million euros in 2021, for the first time. since the 2008 crisis, but its lasting return to balance is still projected "around the mid-2030s" in the best of scenarios.

The Minister will bring the social partners together again on September 19 to discuss the diagnosis of the COR.

"These exchanges will successively make it possible to share a diagnosis of the pension system and to formulate proposals to make it fairer, more equitable and more sustainable", according to the press kit released at the end of the meeting. It will also be a question of discussing employment of seniors, arduousness, etc...

"The COR report should be the alpha and the omega" of the government, deduced Jean-François Foucard (CFE-CGC).

But if the government decided, following this report, to introduce a "hidden" age measure into the Social Security financing bill as an "acceleration of the Touraine reform", "it would be dangerous and would lead to a strong mobilization, demonstrations and strikes", warned Michel Beaugas (FO).

The Touraine reform of 2014 gradually increases the contribution period to reach 43 years for people born in 1973 or later.

"It would block all the other sites", underlined Cyril Chabanier (CFTC).

"There are many subjects on which the CFDT is ready to commit, such as support for RSA beneficiaries or long-term job seekers, but serenity will not be in order if the fall is disrupted by a brutal measure", warned Laurent Berger (CFDT).

On the employers' side, Geoffroy Roux de Bézieux (Medef) recognized "fundamental differences" with the unions. But if the Medef defends a pension reform, its priority this fall is the realization of the reform of unemployment insurance.

For the CPME, François Asselin felt that "the country needed" a reform and that there was "never a good time".