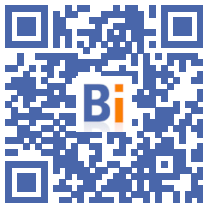 A round won for the government in the long battle for the controversial reform of unemployment insurance: the Council of State rejected Friday in summary the appeals of the unions asking for the suspension of the new calculation of the unemployment benefit which entered into force on the 1st October.

The summary judge considers that "the general tendency of the labor market is no longer an obstacle to the implementation of the reform", contrary to what he had decided in June when the government wanted to start on July 1 these new rules for calculating the daily reference wage (SJR), the basis for unemployment benefit.

The unions nevertheless keep one last hope, even if it is slim once the reform becomes operational, their appeals "on the merits" still to be judged in the coming weeks.

Without calling into question the principle of the reform, the Council of State had put forward in June "uncertainties about the economic situation" to suspend the application of these new rules penalizing the compensation of job seekers alternating periods of work and inactivity.

But the government had issued a new identical decree at the end of September, simply postponing its date of entry to October 1, angering the unions who considered it illegal before the judgment on the merits.

In his decision on Friday, the judge observed "that the situation of the labor market and of economic activity has improved significantly over the past few months, and that this situation therefore no longer constitutes an obstacle to the reform being able to achieve the objective pursued of reducing the use of short contracts ", echoing the government's arguments.

"This is an important reform which will encourage work at a time when our economy is picking up again very strongly and when companies have massive recruitment needs", immediately commented the Minister of Labor, Élisabeth Borne.

"The fight goes on"

"The Council changes its mind (under pressure from the government?). The allowances will drop in November. The fight continues to cancel this reform!", Reacted on Twitter the negotiator of the CGT Denis Gravouil, other organizations like Unsa or Solidaires also assuring wanting to continue the battle.

According to the executive, this is through these new rules to encourage job seekers to accept longer contracts, especially since employers will also be encouraged to offer them by setting up a "bonus-malus" on unemployment contributions in seven sectors that consume a lot of short contracts.

The reform "will also make it possible to fight against the excessive use of short contracts", assures Ms. Borne.

The unions do not believe it at all. "A large majority of the jobs created today are contracts of less than a month", reacted Yves Veyrier (FO), still "determined to obtain the abandonment of the reform".

During the hearing, the unions mainly pointed to the gap between the entry into force of the new calculation method on October 1 and that of the bonus-malus which will not be applied to contributions until September 2022 and for a very long time. limited, with unemployment insurance rules to be renegotiated by November 2022.

But the judge considered this argument "insufficient", the Ministry of Labor having replied that the "observation period" of companies to calculate this modulation started on July 1, 2021.

According to an assessment by Unédic in April, up to 1,15 million people opening rights in the year following the entry into force of the reform would receive a lower monthly allowance (by 17% on average), with at the same time an extended "theoretical duration of compensation" (14 months on average against 11 before the reform). The Ministry of Labor disputes this figure which, according to him, does not take into account the improvement in the economic situation or "behavioral effects" hoped for from the reform.

The rest of the contested reform, namely the tightening of the rules on the degression of benefits and on the duration of affiliation necessary to open or recharge a right, had not been called into question by the Council of State, and should enter into force on December 1.