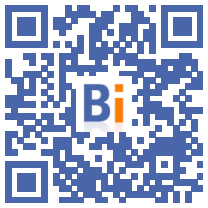 The main unions express contrasting positions on the transformation of the health pass into a vaccination pass for employees in contact with the public or with vulnerable people, provided for by the bill examined since Wednesday in committee.

"Due to the priority given to the smooth running of the economy, the transformation of the health pass into a vaccination pass places new constraints on employees and the public, in particular in transport, culture, entertainment, catering" , denounced the CGT in a press release Tuesday, December 28.

"As admitted by the Minister of Health, the passage from the sanitary pass to the vaccination pass constitutes a + disguised form of vaccination obligation. + With all the contradictory measures taken by the government, this unfulfilled obligation is counterproductive. because it maintains doubt, mistrust and division ", continues the central Montreuil.

Conversely, the CFDT considers that it is "logical to go in this direction", in the words of the national secretary Catherine Pinchaut.

"We are in favor of transforming the health pass into a vaccination pass, because the objective is to go towards vaccination and then this concerns (...) employees in contact with the public or with people in fragile situation, "she told AFP on Tuesday.

The Force Ouvrière union is for its part "rather opposed" to this measure, according to Confederal Secretary Michel Beaugas. "We have always been reserved on the health pass, and on the obligation of certain employees to have a health pass, which will turn into a vaccination pass," he told AFP on Wednesday (December 29th).

The president of the CFE-CGC François Hommeril is cautious on a "controversial" subject, while the CFTC "has not really taken a position", according to its leader Cyril Chabanier.

The unions, on the other hand, were unanimous last week in rejecting the idea of ​​a general health pass to all companies.

According to Michel Beaugas, the Minister of Labor, Elisabeth Borne, said during a meeting with the social partners on Tuesday "that she would be careful" so that the deputies do not reintroduce this option by way of amendment.

Some two million employees have been subject since the end of August to the obligation to hold a health pass to work.