UNICEM committed companies: 30 years of commitment to sustainable development in the quarry and building materials sector 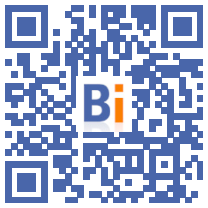 UNICEM entreprisesengages, the association that carries CSR initiatives in the quarry and building materials sector, organized its general meeting on September 15, 2022 around the theme - Crossed perspectives "30 years of commitments, and now?", led by Nicholas Rossignol.

This general meeting, which took place in the presence of Alain Boisselon, President of the National Union of Quarry and Materials Industries (UNICEM) and Louis Natter, President of the UNICEM Entreprises Committed Association (UEE), was opportunity to look back on the profession's 30 years of commitments to sustainable development through the concrete actions carried out by companies in the sector.

The general assembly was the high point of the series of events which took place in the regions and which will continue until the end of the year.

A program that highlights 30 years of commitment

During this event, Catherine Bonin, Director of International Affairs, Development and Innovation at the Bureau of Geological and Mining Research (BRGM), President of the UEE from 2006 to 2011, Benoist Thomas, Secretary General of the National Union of Concrete loan to employment (SNBPE) and David Henry, Business Director Henry Frères, President of UNICEM Bretagne, took part in a debate on the theme “30 years of commitments, what now? ".

This sequence of exchanges will have made it possible to show why companies wish to engage in a process of progress, how the actions implemented unite the teams internally and how the approaches have evolved from the environmental dimension to that, more global, of CSR.

For David Henry: “Our commitment to the environmental charter has enabled us, thanks to the support of UEE, to embark on the CSR label. In order to ensure this transition, we launched an internal consultation and the idea was very quickly accepted by the employees. This is one of the keys to the success of the CSR Label approach proposed by the profession”.

For Benoist Thomas: “The CSR Label is a management approach that offers employees paths to progress and allows companies to express themselves both on their production tools and on the constructive solutions they offer to their stakeholders. These were the reasons that motivated the SNBPE ​​at the time of its engagement”.

This round table was also an opportunity to identify future challenges.

Catherine Bonin “Among the major challenges awaiting the profession, we can cite water management and mineral independence. Part of the solution will lie in the ability of companies and territories to be more resilient. »

Supporting SMEs in their CSR approach and in favor of the environment is at the heart of the missions and actions carried out by the association. In 2020, a methodological guide intended for these companies was, for example, published in order to facilitate their commitment to CSR, then more recently an educational awareness quiz on these issues was offered to them.

The provision of tools and the organization of training for members are also an integral part of the support systems deployed by UEE.

François Asselin, President of the Confederation of Small and Medium-Sized Enterprises (CPME) returned during this general meeting to the question “CSR, constraint or opportunity for SMEs? ".

For Francois Asselin: “Having virtuous companies recognized is part of the CPME's fight. The State must absolutely encourage those who engage in these exemplary approaches and give them an advantage”.

The immediate objective is therefore to obtain, from the public authorities, formal recognition of sectoral labels such as the CSR Label UEE, which validates all the required conditions.

For Louis Natter: “This recognition is expected by our companies. It will mechanically have two effects: to mobilize even more SMEs in favor of CSR and to generate tangible rewards, in particular the consideration of these approaches in public and private procurement”.

An award ceremony to recognize the commitments of member companies

During the general meeting, the winners of the "30 years of commitment" video competition launched in February 2022 received their prizes from the hands of the exclusively external jury, chaired by Sylvain Boucherand, chairman of the environment commission of the Economic, Social and Environmental. The jury was made up of: Florence Cayola, President of the Cayola press group, Guiomar Henriques, Fundraising Manager of OPCO2i Île-de-France, Claire Pétreault, Creator and President of Les Pépites Vertes, Florence Presson, Deputy Mayor of Sceaux in charge of transitions and the circular & solidarity economy.

This video competition, open to employees of member companies, aimed to promote the professions and actions implemented by professionals in the sector, in connection with the CSR Label or the Cap Environnement approach.