Unemployment insurance: reform put to the test of the Council of State 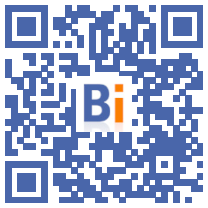 Technical hearing, but big stake: the Council of State examines Thursday the appeals against the reform of the unemployment insurance of the unions, which hope to obtain at least its suspension before its entry into force envisaged on July 1.

All the major power stations have lodged appeals against the decree of March 30 reforming the compensation rules for job seekers, with the exception of the CFTC, which, while being opposed to the reform, considered that it did not there was no "legal basis".

The unions are determined to obtain the annulment of this reform which they constantly denounce as "unjust" and "anachronistic". Decided in 2019 in a then dynamic job market, it has already been postponed several times with the crisis linked to Covid-19 and "adapted" to the context.

The summary hearing on the requests to suspend the decree, scheduled for 14:30 p.m., could last several hours. And the decision should come a few days later.

If the Council of State decides to suspend the reform, its entry into force would again be postponed, a first victory for the unions. The body should at the same time examine the appeals on the merits, with a decision expected in the fall, from a union source, thus coming even closer to the presidential election.

"If he does not suspend, we know that all is not lost", observes a union official, while stressing that in such a scenario, "we can be a little more pessimistic" because the administrative body is reluctant to postpone in question provisions already in force, as this would create recalculations.

In government, we want to be serene, convinced that the reform "holds water" and deploring that the discussions have "left the field of rational debate".

Questioned Tuesday in the Assembly by Boris Vallaud (PS) on this reform denounced as "brutal", the Minister of Labor, Elisabeth Borne, was astonished at the defense of an "unjust system which locks up hundreds of thousands of workers in precariousness ".

According to Unédic, up to 1,15 million people who will open rights in the year following July 1 would receive a lower monthly allowance (by 17% on average) with at the same time a "theoretical duration of compensation" extended (14 months on average compared to 11 before the reform).

The unions mainly attack the flagship measure of the reform: the new method of calculating the daily reference wage (SJR), the basis of the allowance. This new method will penalize job seekers alternating unemployment and activity, "the permittents".

The Council of State had canceled a first decree in November, considering that this could create a "disproportionate difference in treatment" between two job seekers who worked the same duration but at a different pace.

The government has therefore revised its copy by capping the days not worked taken into account, which limits the reduction in the allowance. He affirms that the new calculation, coupled with the introduction of a bonus-malus on unemployment contributions in certain sectors, will be more equitable and will limit the abusive use of short contracts.

And he also wrote an amending decree, published Wednesday in the Official Journal, to correct "unwanted effects" to the detriment of people who have experienced periods of unusual pay (partial activity, maternity leave, illness ...).

But the unions believe that inequalities of treatment persist despite this corrective decree, deemed legally fragile by Unédic, and denounce, like the CFDT, a reform which "will generate a colossal number of losers", or "a ignominy in the midst of an employment crisis "for the CGT.

They have multiplied the "typical cases" of "breaches of equality" between job seekers, Unédic thus showing recently, at the request of FO, that employees who work for multiple employers, such as childminders, could also lose.

They also contest other measures, now subject to a "return to better fortune" clause, including the hardening of 4 to 6 months of work for the opening and recharging of rights.