Unemployment insurance: final victory of the executive against the unions 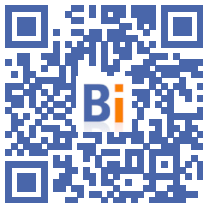 The Council of State on Wednesday rejected definitively the appeal of the unions against the new calculation of the unemployment benefit which entered into force on October 1, removing the last obstacle to the application of a major social reform of the five-year term.

"There is no need to rule on the conclusions of the requests directed against the provisions of the decree of March 30, 2021" which modified the calculation of the allowance, concludes the Council of State in its decision.

This is the end of a long battle waged by the unions against this reform presented in July 2019 by Edouard Philippe and Muriel Pénicaud, the application of which had been postponed several times due to the Covid crisis and legal developments.

For Michel Beaugas (FO), this rejection is "a disappointment because the reform is bad and, contrary to what the government says, will not favor the use of fewer short contracts".

The Unsa sees it as "a hard blow for job seekers", in a press release.

The judges followed the opinion of the public rapporteur Marie Sirinelli who had rejected one by one during the hearing the arguments of the unions.

At the heart of the dispute, the new method of calculating the daily reference wage (SJR), the basis of unemployment benefit, which will penalize the compensation of job seekers alternating periods of work and inactivity.

In a context of falling unemployment and recruitment difficulties, Emmanuel Macron repeated that this reform was "essential (...) to make the return to work more attractive in all cases", the previous rules can sometimes make it more profitable this "permittence" that an activity continues part-time for example.

To remedy this, the 2019 reform provided that the SJR be calculated by dividing the wages received during the 24 months before unemployment by all the days - and no longer the only days worked - between the first and the last day of unemployment. 'use.

Mechanically, this greatly reduces the amount of the allowance (since we divide the same salary by more days) of those who do not work continuously.

The Council of State had also invalidated this measure in November 2020 on the grounds that it resulted in "a manifestly disproportionate difference in treatment" between the unemployed.

At the end of a consultation with the social partners, the executive had adopted a new decree at the end of March - the one on which the Council of State voted on Wednesday - which caps the number of days not worked taken into account in the calculation. .

According to Unédic, several hundred thousand applicants opening rights in the year following the application of the reform will however receive a lower monthly allowance (by 17% on average).

But for judges, these differences in treatment noted by Unédic "benefit people whose periods of employment are the closest" and are not "manifestly disproportionate" thanks to the cap.

In a press release, the CGT wonders about this "turnaround of the Council of State". “Did the presidential campaign involve pressure on the highest administrative court?” She asks.

The unions also deplored the gap between the entry into force of the new calculation method on October 1 and that of the bonus-malus on companies (in seven major sectors consuming short contracts) which will have no effect on unemployment contributions. that in September 2022 and that for two months ... the rules must already be renegotiated for November 2022.

The executive, which is counting on this measure to fight against the abuse of precarious contracts, responds that the observation period for companies to calculate this modulation started in July 2021.

The savings expected by the reform (1,9 billion in 2022, including 800 million linked to the SJR, according to Unédic) go beyond those initially set by the government (between 1 and 1,3 billion).

The rest of the contested reform has also been applied since December 1.

It is now necessary to have worked six months instead of four to benefit from unemployment benefit.

The 30% degression (for unemployed under 57 years of age who have lost more than 4.500 euros gross) applies to the 7th month and no longer to the 9th.

A commission to monitor the effects of the reform, involving the social partners, should be set up in early 2022.