Unemployment insurance: computer bug on the "bonus-malus" of 6.000 companies 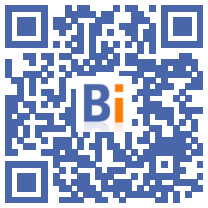 The "bonus-malus" system put in place with the previous reform of unemployment insurance to fight against the abuse of short contracts was affected by a "computer error", indicates a decree published Wednesday, November 23 in the Official Journal, this which "skewed the calculation" for 6.000 companies.

Emmanuel Macron's campaign promise in 2017, the bonus-malus, which came into force in September, consists of modulating the employer's unemployment insurance contribution - 4,05% of the payroll - upwards (malus) up to a cap of 5,05% or downwards (bonus) to a floor of 3%, depending on the "rate of separation" of the companies.

This "separation rate" corresponds to the number of end of contracts - excluding resignations - or temporary assignments accompanied by registration with Pôle emploi, compared to the company's workforce.

Strongly opposed by the employers, this device born from the reform of the unemployment insurance of 2019, aims to encourage companies to extend the duration of the employment contracts offered. The measure, targeting seven sectors that are large consumers of short contracts, was presented as the counterpart of the rules tightening unemployment benefits.

In September, for the first year of application, 18.000 companies were affected, including a large third penalized (37%).

However, a decree published Wednesday in the official journal explains that "a computer error affected the data relating to the rate of separation of certain companies" concerned by the bonus-malus.

A total of 6.000 companies are affected by the computer error, detailed the Ministry of Labor.

Companies that have paid an overpayment "on September-November" will be reimbursed, while those that "have been notified of a modulated rate lower than their true rate" will be informed of their new rate "but will not be liable for the difference on September-November", continued the ministry, without specifying the amounts concerned.