UN experts call on France to improve its copy on Disability 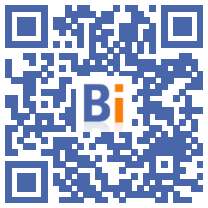 UN experts called on France on Wednesday to improve its policy in favor of people with disabilities, particularly on the problems of housing accessibility.

According to the UN, public policies on disability are still too marked by a "medical" approach which confines the people concerned to specialized homes, estimated the United Nations Committee for the Rights of Persons with Disabilities.

These independent experts, responsible for monitoring the application by States of the Convention on the Rights of Persons with Disabilities (which entered into force in France in 2010), delivered these conclusions after three hearings of government officials, organized in August.

The UN Committee is surprised that associations representing people with disabilities are at the same time managers of specialized institutions financed by the public authorities: according to him, this leads to "conflicts of interest" and constitutes an "obstacle" for people concerned can "move from medico-institutional care to an independent life".

The APF France handicap association, itself the manager of many places to live, reacted to this report by stressing that it shared many conclusions, in particular on the slow progress in terms of infrastructure accessibility.

The government "shares the committee's desire to change society's view of disability" and "remove prejudices", for its part reacted the Secretary of State in charge of the dossier Sophie Cluzel.

Regarding the criticisms on the too great place left to the specialized institutions, she underlined that France had "initiated a change", for a greater "school inclusion" and a "transformation of the medico-social offer".

"Of the 12 million people with disabilities in France, 100.000 adults are accommodated in establishments", observed Mrs. Cluzel, stressing that "between the whole establishment and the whole domicile", she aspired to develop "alternative habitats ".

UN experts also criticize the modalities of granting the Disabled Adult's Allowance (AAH), which they believe should not depend on the spouse's income, because it goes against "autonomy". women with disabilities. A vision shared by the APF, which is organizing a day of mobilization on this theme on Thursday.

Experts also call on France to modify the "Elan" law of 2018, which lowered from 100% to 20%, in new real estate programs, the share of housing accessible to people with reduced mobility.

On this point, the government defended itself by stressing that all new housing should be "upgradeable", for example by being equipped with a "walk-in" shower, and that elevators were compulsory in new buildings in from two floors.