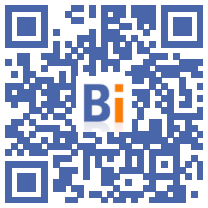 To contain the rise in electricity bills, the government has implemented a market regulation measure allowing consumers to benefit more from the competitiveness of the French nuclear fleet.

While this salutary measure is being attacked by several EDF trade unions before the Council of State, the UFC-Que Choisir intervenes today in the procedure in support of the government given the inflationary effects that would result from its cancellation. The association also asks the President of the Republic to take all measures to rule out a potential explosion of 47% in consumer electricity bills in 2023.

While the increase in the regulated retail tariff (TRV) could have reached 35% including tax in 2022, the government – ​​under the impetus of civil society and the European Commission – has taken several measures to limit it. Among them, in addition to the reduction in the domestic tax on final electricity consumption (from €22,5/MWh to €1/MWh), the government has decided to act on ARENH, a system allowing competitors EDF to buy part of its nuclear production at a regulated price. By raising the ARENH ceiling from 100 to 120 TWh, EDF must thus make its competitors more accessible – and by capillarity allow their customers to benefit – from the competitive advantage of the nuclear fleet compared to prices on the wholesale markets.

The unions of EDF employees are currently attacking before the Council of State the regulatory texts specifying the terms of this increase in the ceiling of the ARENH, arguing in particular that it would weaken the financial situation of EDF. While it is true that EDF would benefit more from the sale of 20 TWh of its nuclear production on the markets at booming prices of around €200/MWh rather than allowing French consumers to benefit from it at the regulated price of 46,2 €/MWh, the real scandal lies in the fact that consumers have been deprived since 2019 of the full enjoyment of nuclear income (1) even though they financed the construction of power plants, and are thus artificially overexposed to prices electricity on international markets.

If the low sensitivity of these unions to the amount of the electricity bill can be explained (since EDF employees benefit from the "energy advantage": free subscription, supply of electricity at a price equivalent to 4% of the base price and tax exemption) (2), for the vast majority of consumers, the price of electricity is a concern that is as strong as it is legitimate. And the consequences that the cancellation of the ARENH ceiling would have for consumers would be concrete and disastrous. Indeed, by focusing solely on the pecuniary interests of EDF, the recourse of its employee unions ignores the fact that such a cancellation would probably force EDF's competitors to increase their prices, but that above all the 65% households at the TRV would also be affected, since the TRV is calculated in such a way that the more limited the quantity of electricity sold at the ARENH tariff, the higher its price (3).

Concretely, if the increase in the TRV in 2022 had not been capped at 4% by the government, it would have reached 20% with an ARENH cap of 100 TWh. According to calculations by UFC-Que Choisir, this increase would have been reduced to 10% with a ceiling of 120 TWh. Therefore, canceling the administrative texts allowing alternative suppliers to have access to an additional 20 TWh could lead to a tariff catch-up of 16% being carried out on consumer bills in 2023 under the 4% cap carried out in 2022. Indeed, although the government has undertaken not to carry out such a catch-up, the vagueness remains on the effectiveness of this promise (4).

Limiting the risk of a massive catch-up on bills in 2023 is all the more essential since such a catch-up would be added to an increase in bills which could already be phenomenal excluding catch-up. In fact, given the current high cost of electricity on the wholesale markets and the absence of arguments for a tangible reduction over the coming months, UFC-Que Choisir estimates (5) that the increase of the regulated tariff in 2023 could cause consumer bills to soar by 32%. Thus, an average household heated by electricity would see its bill jump from 1 euros to 615 euros. If in addition a full tariff catch-up in 2132 linked to the TRV cap in 2023 were to take place, it is an annual electricity bill of 2022 euros (+2 euros, or +380%, compared to 765) which would weigh heavily and unduly on the purchasing power of consumers.

Anxious to preserve the purchasing power of consumers by ensuring that they can fully benefit from the competitiveness of the nuclear fleet they have financed, the UFC-Que Choisir has therefore decided to intervene before the Council of State to support the merits of the government's decision to increase the ARENH cap to 120 TWh in 2022.

Moreover, given the worrying inflationary prospect of electricity bills in 2023, the association urges the President of the Republic:

(1) Due to the ARENH request capping mechanism, previously described in detail by UFC-Que Choisir. It should be noted that the UFC-Que Choisir deplores the current organization of the electricity market and makes proposals for reform (cf. Ibid.).

(5) Based on the official formula for calculating the TRV, and assuming an average price of the 2023 base calendar product of €200/MWh by the end of the year (a lower figure than currently observed), a price of €300/MWh for the peak product, and maintenance of the other parameters that dictated the development of the TRV in 2022 (network costs, price on the capacity market, commercial costs and EDF margin ).