Two years after the fire, the final sprint to complete the securing of Notre-Dame 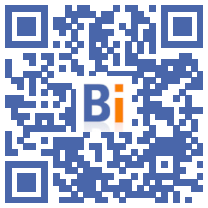 The securing of Notre-Dame de Paris will be completed this summer, a necessary condition to launch the "identical" reconstruction in early 2022. But the site will not be completed on April 15, 2024, five years after the fire, when a first mass will be celebrated in the nave.

Twenty-four months after the still unexplained sinister which had moved the world, the last securements are carried out drum beating in the Gothic building of 850 years, and around the gaping hole left by the spire when it crumbles.

The calls for tenders have been initiated and the architects are increasing the number of diagnoses making it possible to establish a precise schedule of work from next winter, indicates the public establishment in charge of conservation and restoration, created after the fire. .

A thousand sawn oaks are drying to rebuild the spire and the crossing of the transept. And two test chapels were cleaned, revealing the colors left by the architect Eugène Viollet-Le-Duc in the XNUMXth century.

Chosen by Emmanuel Macron to lead the site in five years, Jean-Louis Georgelin, a general, indicated during a trip in early March in the forest of Bercé (Sarthe) for the selection of the first trees: "We are on time for return the cathedral to worship in 2024. Even though there will still be a lot of work to do ".

The president entrusted him with the Public Establishment, to rebuild the cathedral "more beautiful than before". The hypothesis of a contemporary architectural gesture to replace the destroyed spire has been ruled out.

The chief architect Philippe Villeneuve, a great connoisseur of the cathedral, had put his resignation in the balance if the building was not rebuilt identically. Identical does not mean "facsimile". For the framework, for example, it will be a question of choosing "a drawing close" to the "forest" which has disappeared, one specifies at the Public Establishment.

On the site reigns an interlacing of scaffolding, nets and tarpaulins, where carpenters, rope access workers, scaffolders etc. are active.

The time has come to install around sixty wooden hangers at a height of 27 meters under the vaults to temporarily consolidate them. A giant umbrella at the crossing of the transept will ensure the water out.

Since the dismantling in December of the charred scaffolding that surrounded the spire - 40.000 tubes sawn one by one in six months - the danger of collapse has been eliminated.

Securing cost 165 million euros. Bad weather, unscheduled work, (limited) interruptions due to the pandemic and above all the numerous measures and arrangements linked to the fight against lead fumes have caused some delays and additional costs.

"The school of builders"

Teams are required to shower and don coveralls due to lead regulations. Every day.

The site, or rather the sites (including the very delicate one of cleaning the great organ), mobilized 15 trades, 68 workshops, 215 companies ... Much remains to be done: selection of stones in quarries and their installation to replace damaged ones, cleaning of 24 chapels, restoration of dirty stained-glass windows, reconstruction of the spire, the roof, part of the vault, etc.

A partnership with a high-tech company, Autodesk France, will allow digital modeling that will accompany the entire restoration and prepare the essential equipment (security, ventilation, lighting) that the cathedral will need.

The approximately 833 million euros of national and international fundraising (350.000 donors) are collected or are the subject of firm commitments at 98%. Will they be sufficient for finishes beyond 2024? Some doubt it. And it will be necessary to anticipate a significant budget for the annual maintenance.

The team spirit instilled by the trio of architects, Philippe Villeneuve and his two acolytes, Rémi Fromont and Pascal Prunet, is unanimously hailed and has overcome many obstacles. "If the general is the conductor, they are the first violins, in the school of builders of the Middle Ages", declares Mgr Patrick Chauvet, archpriest of the cathedral.