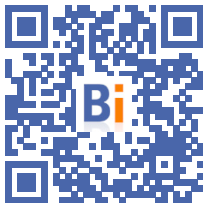 Two appeals demanding the cancellation of the financing plan for the high-speed line (LGV) project in the South-West were filed in mid-April by a group of elected officials and a group of local associations, announced the applicants Thursday 28 April.

This rail project provides for the construction of two high-speed sections south of Bordeaux to save an hour's journey to Toulouse and 20 minutes to Dax, for an estimated cost of 14,3 billion euros - 40% financed by the State, 40% by local authorities in Occitania and New Aquitaine and 20% by the European Union.

This project is "pure financial madness" supported by "irresponsible communities who commit to an unknown rising cost", denounced Thursday at a press conference in Bordeaux Denis Tesseire, member of TransCub, a local association in the head of a group of 100 associations opposed to the project.

This collective, which mainly includes environmental associations from New Aquitaine, filed an appeal on April 14 before the administrative court of Toulouse, the administrative headquarters of the project, to demand "the cancellation of the financing plan", according to Mr. Teisseire.

This cancellation was also requested before the same court in a separate appeal by a group of 81 elected officials from New Aquitaine and Occitanie, the elected officials announced in a press release on Thursday.

"The financing plan is severely distorted by approximations which border on insincerity and (...) its development was accompanied by abusive procedures which prevented elected officials from deliberating serenely", denounce the elected signatories, including the EELV mayor of Bordeaux Pierre Hurmic.

After several refusals and criticisms in New Aquitaine, the financing plan was completed in February, allowing the creation in early March of a public establishment responsible for financing and implementing the project.

Several local authorities have refused to contribute (departments of Lot-et-Garonne and Gironde and the Basque Country urban community), while others, such as the department of Pyrénées-Atlantiques and the agglomeration of Dax, have committed lower turnout than expected.