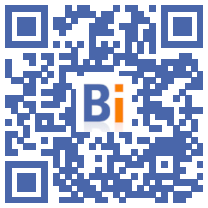 Future US federal buildings must be "beautiful", preferably built in the classical Greco-Roman style, ordered by decree outgoing President Donald Trump a few days before the end of his mandate.

The presidential decree which aims to promote "magnificent federal citizen architecture" specifies that the "classical" style and other "traditional" architectural styles should be "favored rather than discouraged" in the construction of new federal buildings.

This is notably the style of the most famous monuments of the American capital such as the White House, the Capitol where the Congress sits or the Lincoln Memorial.

The US government has "largely stopped building beautiful buildings," says the decree, criticizing "the disparate mixture" of public buildings observable in Washington, particularly those built after 1950.

In its first version, the text planned to prohibit the construction of buildings in an architectural style other than the Greco-Roman style, causing an uproar among certain associations of architects.

Although more flexible, the initiative was strongly criticized by the association of architects of the American Institute, which said it was "appalled".

"Residents should have the right and the duty to decide for themselves the style of architecture that best suits their needs," the organization's director, Robert Ivy, said in a statement.

Donald Trump, who was a real estate developer before becoming President of the United States, paradoxically became known for his construction of modern buildings made of glass, steel and moldings of gold.