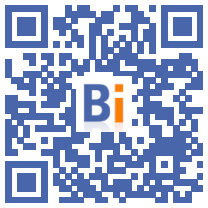 The Paris prosecutor's office has requested a trial for corruption, embezzlement of public funds and illegal taking of interests against the ex-prefect Alain Gardère at the end of an extensive investigation which has brought to light the network of influence of this former " big cop".

In its requisitions signed on July 18, the prosecution requests that Mr. Gardère, 65, be tried, among other things, for abuse of authority, passive corruption by a public official, illegal taking of interests, embezzlement of public funds and laundering of tax fraud. , we learned on Wednesday from a source familiar with the matter, confirming information from Le Monde.

The deputy prosecutor also requested a trial for fifteen other people, in particular bosses of security companies or the construction industry, the mayor of Ozoir-la-Ferrière (Seine-et-Marne) and the former city councilors of Vigneux-sur- Seine and Montgeron (Essonne).

It is now up to the financial investigating judge Aude Buresi, who is leading this judicial investigation opened in 2015, to decide whether or not to send the sixteen suspects to corrections.

"It's a case that is now old, my client is retired and lives in the provinces," reacted to AFP Me Jean Veil, who defends Mr. Gardère.

Former commissioner close to Nicolas Sarkozy when he was in Beauvau then at the Elysée, Alain Gardère was prefect in charge of security in Marseille in 2011, then at Roissy and Le Bourget airports (2012-2014). In 2015-2016, he headed the National Council for Private Security Activities (Cnaps), under the supervision of the Ministry of the Interior.

He is accused of having used his influence to render numerous services in exchange for gifts for him and those around him (starred restaurants, work, concert tickets, vacations, etc.), especially when he was at the Cnaps.

The former high-ranking civil servant would have, among other things, granted a fictitious job, favored the illegitimate obtaining of approvals for security agents and facilitated the obtaining of security contracts.

During the procedure, Mr. Gardère, who was part of Claude Guéant's cabinet when he was Minister of the Interior (2011-2012), was indicted for several offenses in 2016, which forced him to leave his post at the head of Cnaps in 2017.

He is also being prosecuted for having held two weapons without authorization, discovered at his home during a search.

In addition to these benefits and services, the investigation focused on the real estate assets acquired over the years by Alain Gardère and his wife, mainly in the Paris region, after a report from the Tracfin financial intelligence unit in July 2015.

Between 1989 and 2012, the couple thus became owners of ten apartments, five of which were purchased between 2005 and 2012 from the France Pierre company run by Antonio de Sousa, according to investigation documents.

The real estate developer, for whom the prosecution is also asking for a criminal trial, is accused of having granted "substantial reductions in the price of apartments to Alain Gardère" and of having carried out work for free on the homes of the former prefect and his mistress.

He is also accused of having granted favors to elected officials in the Ile-de-France region or their collaborators to obtain favorable decisions in terms of town planning.

Contacted, his lawyer could not be reached on Wednesday evening.

This judicial investigation has already led to two convictions in 2020. A boss of BTP and the former right-hand man of Mr. Gardère at the Cnaps, Pierre Cournil, agreed to acknowledge the facts during an appearance on prior admission of guilt ( CRPC), a sort of French-style "plead-guilty".

Mr. Cournil was given a three-month suspended prison sentence and a fine of 20.000 euros for complicity in abuse of authority and complicity in embezzlement of public funds.