Training faced with the challenge of the shortage of candidates 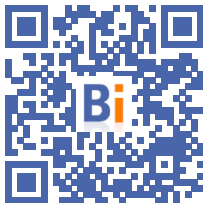 Faced with the shortage of candidates and the need to strengthen their skills, the government intends to develop training in trades where there is a shortage of arms, whether it is retraining or vocational education.

Training was already one of the main levers of Macron's first five-year term to fight against unemployment and unfilled jobs with the 1jeune1solution platform, the promotion of personal training accounts (CPF) or even financial incentives to develop learning.

The government of Elisabeth Borne promises to stay the course, as the Prime Minister reminded employers of it at the end of August. "We will continue to adapt training to new jobs and labor market needs," she said.

To do this, Elisabeth Borne is committed to "simplifying and promoting the use of vocational training" but also to strengthening "retraining towards the sectors of tomorrow or those who have the most needs".

A study by Dares, the statistics service of the Ministry of Labor, published in 2021, identified 30 trades particularly in tension the previous year, such as metallurgy, construction or computer maintenance.

In a context of sharply falling unemployment, "the labor market is tightening", notes Stéphane Berger, deputy director of Pôle emploi Ile-de-France. "The difficulty is finding candidates and skills in companies," he adds.

Pôle emploi offers long-term unemployed "rather short" training, linked to "the local labor market", which, according to him, allows "to guarantee that the skills correspond to the needs".

Job seekers can even be selected according to "their appetites rather than their skills", notes Stéphane Berger.

“Several vocations can arise from these short courses,” he still assures AFP. According to him, proof of the success of these training courses, "the recruitment rate is greater than 80%" at the end, he says.

Elements confirmed by another study by Dares, published in August. According to this, "the probability of experiencing an employment episode in the two years following the start of training is nine percentage points higher than that of untrained job seekers".

The study explains it by the "increased skills" and the possibility of "making contacts" during work placements.

"Companies are much more open than before to the fact of integrating a motivated employee but who must learn the gestures of the trade", deciphers Mr. Berger.

"We train for the job"

"Training, we know how to do it!", confirms Franck Delvau, general co-president of Umih Ile-de-France, the main employers' organization in the hotel and catering industry.

In this sector, where "from 200 to 300.000 positions" were vacant at the beginning of the summer, a partnership was forged by Umih and Pôle emploi to offer job seekers a "trial period" in companies at the end of their training.

For Lionel Lerogeron, confederal leader of the CGT, the training does not however manage to compensate for other obstacles to hiring such as difficult working conditions, low wages but also the shortage of housing.

Bus drivers, hotel and catering trades or even caregivers, "the majority of these sectors do not require huge qualifications", notes Mr. Lerogeron, but "the working conditions are not up to it".

"Calibrating the orientation of young people towards sectors in tension is to have a narrow vision of vocational training", points out for his part Sigrid Girardin, co-secretary general of Snuep-FSU (union of vocational education).