Attendance at Paris airports better than in 2020, but still low 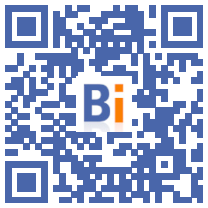 A little better, but not yet famous: Paris airports only welcomed 2021% of their pre-crisis passenger volume in 38,8, the rebound in attendance not having been enough to erase the cataclysm caused by Covid-19 in the area.

Nearly 42 million passengers passed through Roissy-Charles-de-Gaulle and Orly last year, an increase of 26,8% compared to 2020, said Groupe ADP, their manager, in a press release.

The facilities experienced in 2021 a "gradual recovery, in accordance with forecasts", summed up the company controlled by the French state, and started from very far since in 2020, traffic at Paris airports had collapsed by 69,4, XNUMX% over one year.

ADP had estimated that attendance at Roissy-Charles-de-Gaulle and Orly airports would reach between 30 and 40% of that of 2019 last year, still marked by epidemic waves and border closures, in particular in Asia and North America.

This dichotomy is reflected in the figures for Roissy and Orly: the first airport suffered from its specialization in long-haul and in 2021 only regained 34,4% of the traffic of 2019, the increase over one year n 'having been only 17,7%.

On the other hand, Orly, which mainly serves domestic, European lines and overseas territories, saw its attendance jump by 45,6% over one year, to reach 49,4% of traffic in 2019.

Still at Paris airports, the level of traffic varies enormously depending on the route: lines in mainland France reached 2021% of their 52,7 level in 2019, after growing by 26,6% over one year. The figure is even better for the overseas territories: 63,6% before the crisis, thanks to an increase of 16,3%.

Asia at half mast

On the other hand, traffic outside the borders remains blocked at around a third of the level of 2019, whether it is intra-European links (37,8%) or beyond the Old Continent (34,9%) . All destinations nevertheless recorded strong growth in volume over one year, with the exception of Asia-Pacific, where many countries remained closed to travelers (-51,8% over one year).

Groupe ADP also manages some twenty airports around the world, from Chile to Jordan. For the entire scope, its facilities saw a total of 2021 million passengers pass through in 160, also an improvement (+37,2%) compared to 2020, to reach 45,6% of the 2019 level.

Here too, ADP met the objective set out at the end of July 2021, i.e. between 40 and 50% of the total number of users before the pandemic which brought the global airline sector to its knees.

Across all facilities managed by ADP worldwide, the tumble in attendance had reached 60,4% in 2020 compared to 2019.

Groupe ADP will publish its 2021 annual financial results on February 16. It suffered a net loss of 172 million euros in the first half of last year, after a 2020 financial year in the red of 1,17 billion euros, despite drastic measures including terminal closures and a recovery plan. all-out savings including a significant reduction in its workforce.

The group has not immediately given any forecasts for the year which has just begun and whose beginning is marked by the Omicron variant of Covid-19, which is very contagious.

This umpteenth epidemic wave has caused new restrictions on movement around the world and undermined a trend of gradual resumption of European air transport which had taken hold since the summer of 2021, the traffic monitoring body worried last Thursday. Eurocontrol.

This erosion is not clearly reflected in ADP's figures for December: Paris airports recovered 64,5% of their 2019 traffic, after a month of November at 65,5%, the highest since the start of the crisis. of Covid-19 in Europe in March 2020.