Traffic at European airports has fallen by 25 years 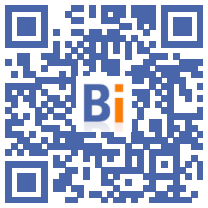 Passenger traffic at European airports plummeted by 70,4% in 2020, falling to its 1995 level under the effect of Covid-19, according to figures released by the industry on Friday.

The airports of the Old Continent saw 728 million travelers pass last year, against 2,4 billion in 2019, said the Airports Council International (ACI Europe) which federates them.

"European airports have returned to their 1995 traffic levels. No sector alone can withstand such a shock," said the organization's director general Olivier Jankovec, renewing his call for more state aid, given "the further declines in traffic in recent weeks and the lack of prospects for a recovery".

Airports located in the European Union suffered the most, with traffic falling 73% over one year, while countries outside the EU but located within the scope of ACI Europe resisted slightly better with a decline 61,9%, a trend led by Russia and Turkey, less affected by travel restrictions.

On the airports side, the ranking of the continent's main connection platforms by number of passengers has been upset: London-Heathrow, Paris-Charles-de-Gaulle, Amsterdam-Schiphol and Frankfurt, the first four “hubs” in 2019, have disappeared from the "Top 5", in favor of Istanbul, moved from fifth to first place.

Another Turkish airport, Istanbul-Sabiha Gocken, was in second place, followed by the three main Moscow airports (Sheremetyevo, Domodedovo and Vnukovo).