Traders closed during confinement must pay their rents 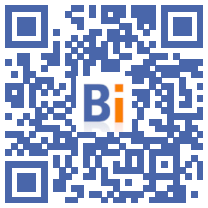 No Covid discount: the Court of Cassation ruled on Thursday June 30 that traders forced to close during the confinement decreed in the spring of 2020 to stem the pandemic had to pay their rent anyway.

In three judgments, the highest court of the judiciary ordered these merchants to pay their unpaid rent during the period when non-essential businesses were closed.

It judges that the ban, except for exceptions, on leaving home decreed to stem the spread of the Covid, "general and temporary measure", is not attributable to the lessors and has not definitively deprived the traders of using their premises.

She also considered that the confinement did not constitute a case of force majeure, as defended by the traders.

"There is a whole range of legal tools that had been put forward, and systematically, the answer is + the payment of rent is due +", underlines Me Ophélie Boulos, lawyer at the firm Kramer Levin, who defended landlords in other cases.

"We can think that this is the first step, quite solid, of fixing the case law, (...) a case law which is generally favorable to the lessors", analyzes his colleague Me Renaud Dubois.

Behind, the decision will cause significant economic consequences.

In the French courts, many disputes between traders and their lessors had indeed been put on hold pending the Court's decision.

The high court itself had selected three files out of the 30 comparables that had been sent to it: those of a chain of low-cost stores, a Bordeaux real estate agency and a tourist residence.

It is above all a reverse decision that would have been a thunderclap.

It would indeed have allowed all traders forced to close during the health crisis to take legal action to obtain discounts. With huge amounts at stake: in a note, the Ministry of the Economy had estimated all the rents and charges immobilized due to the restrictions at more than three billion euros.

"It's depressing, we haven't learned anything," reacted to AFP Emmanuel Le Roch, general delegate of the Procos specialist trade federation. “There is a feeling that whether or not there are customers, one party has to continue to pursue its commitment, which is to pay, and the other is protected and that, whatever happens, his contract is considered executed."

"It's a disappointing decision for the lessees (the tenants, editor's note), who will now consider how to engage the responsibility of the State", also declares Me Guillaume Hannotin, lawyer for the chain of discount stores Action.

"The texts which are referred to" in the decision rendered by the Court of Cassation "are not those under which the stores closed, but texts from March and April 2020 which affected the freedom of movement of natural persons", believes- he.

He adds that "economic considerations weighed heavily in this decision which invites the takers to believe that it is because of an editorial accident that they are not entitled to compensation".

“We can think that the Court knows that the lessees benefited from a certain number of aids (…) while on the side of the donors, this was not the case”, also believes Mr. Boulos.

The government had released a lot of aid for traders to help them cope with the closures.

"Tomorrow, faced with the same situation, public finances are unable to compensate for the losses of the actors", regrets Emmanuel Le Roch.