Towards "slightly positive" growth in the third quarter, according to the Banque de France 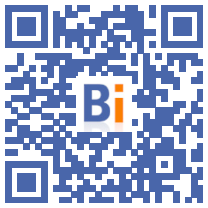 France could record "slightly positive" growth in the third quarter in the wake of a second quarter above expectations, the Banque de France anticipated on Tuesday, August 9 in its monthly economic report.

"With the results we have today and the expectations based on the July acquis, we can expect a slightly positive growth rate" in the third quarter, the Banque de France said during a press briefing.

The economic report, the result of a survey of 8.500 companies and establishments between the end of July and the beginning of August, shows, according to the institution, that "activity continues to resist" in a difficult environment.

The data available to the institution are currently very fragmented but they suggest a stability of the gross domestic product (GDP) in July compared to the previous month. This is explained by a slight drop in activity in industry and construction, offset by an increase in market services, details the Banque de France in its monthly report.

"The first signals suggest that this stabilization will continue in August", she continues, while stressing that this forecast is uncertain since the month is only just beginning, and highlighting the contrasts according to the sectors.

All the economic signals lead the Banque de France to say that growth could be "slightly positive" in quarterly variation in the third quarter.

French growth had regained color throughout the second quarter, increasing by 0,5% according to an initial estimate published by INSEE at the end of July, and which remains to be confirmed at the end of August. This is explained by a clearly positive contribution of foreign trade to growth.