Towards moderate increases in home and auto insurance rates in 2022 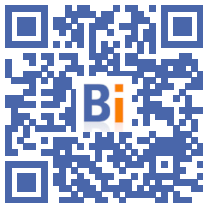 The price increases for auto and home insurance should remain moderate for 2022 according to initial communications from insurers, but an acceleration seems to be expected for 2023.

Facts & Figures, an independent consulting firm specializing in insurance, has assumed an increase of 0,5% to 1% in auto insurance rates in its 2021 non-life insurance barometer.

"This is not the cash cow of insurers, it is a lead product, with which they acquire new customers, so the battle is quite tough on the automobile," he recalls. .

The Maif announced in June the freeze of its auto insurance rates for 2022 for the second consecutive year, "despite an increase in claims and auto repair costs," she said in a statement.

In home insurance, Maif wants to contain the increase in its rates to 2,5% on average, with the exception of young home contracts, also frozen.

On the side of the mutual insurer Covéa, which includes the MMA, MAAF and GMF brands, Deputy Managing Director Paul Esmein mentioned a trend of "more substantial increase in housing than in cars" in front of journalists.

Allianz France tariff changes "are still under discussion" and usually take place in April or May, said the insurer for its part. AXA France has also let it be known that it is still too early to identify a trend. Macif, for its part, did not wish to respond to AFP's requests.

"Insurers are now very discreet, but they have made savings in automobile claims thanks to the third confinement. Announcing rate increases in this context, it's debated", assures Cyrille Chartier-Kastler, president and founder of Facts & Figures.

In comparison with the year 2019 - the year 2020 having been too atypical in terms of loss experience with the two confinements - the number of people who have died on the roads since January is down by 15% and the number of injured by 7%, according to the national interministerial road safety observatory.

At the same time, the price of spare parts has exploded (+ 4,4% in 2020, after an increase of 6% in 2019, according to Facts & Figures), due to the increasing integration of electronics. Concretely, if there are fewer car accidents, repairs are more expensive.

Facts & Figures also mentions in its barometer a probable return, from the 2023 deadline, of an annual dynamic of increases in automobile insurance rates of around 2 to 3%, to absorb the drift. auto repair costs.

But for 2022, inflationary factors are still offset with "the savings made with the third confinement and the drop in the frequency of claims", indicates Mr. Chartier-Kastler.

He also evokes a "very schizophrenic context" with the approach of the presidential election of 2022. "There are many debates on the purchasing power of the French, the government is pushing to avoid a tariff increase [of the insurance]. Anyone who wants to announce increases will be very discreet. "

For Assurland, price stability for home insurance should continue. Facts & Figures provides for a "fairly reasonable" price increase of 1 to 1,5%, close to inflation.

"The loss ratio has dropped a little with the establishment of teleworking days", observes Olivier Moustacakis. As the French are more present in their homes, the risk of burglary has been reduced and water damage or potential fires have been detected earlier, causing less damage, and therefore less costly.

Cyrille Chartier-Kastler warns, however, about the drift of climate risk, a factor in price increases for years to come.