Towards a strong comeback of teleworking to face Omicron 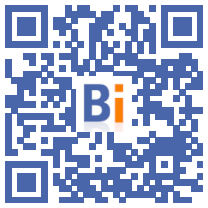 To strengthen the "braking" measures against the very contagious Omicron variant, teleworking could gain momentum in companies after the holidays, the government citing a "relative consensus" on "the target" of 3 to 4 days a week .

Already in early December, Prime Minister Jean Castex had called, to counter the virus, to extend teleworking from two to three days a week where possible, up to three days in the State civil service.

And Monday, December 20, at the end of a meeting with the social partners intended to look at "the levers" against Omicron, "much more contagious", the Minister of Labor, Elisabeth Borne, reported a "relative consensus on raising the current target to three, four days of telecommuting per week ".

On the other hand, according to a spokesperson for Medef, "everyone said almost unanimously that the return of 100% teleworking was not a suitable option".

On behalf of the CFDT, Marylise Léon is in favor of the health protocol in companies, which currently sets an objective, "to be more directive". "Putting an obligation back in place can be particularly useful for small businesses, where there are not necessarily negotiations."

At present, the protocol provides that "the employers set, within the framework of the local social dialogue, the methods of recourse" to telework, adding that "in the context of epidemic recovery, the target must be two to three days "per week.

Asked about an adaptation of this reference document, Ms. Borne judged that "it seems reasonable". "With the variant, reducing interactions is really necessary," she insisted.

"It is the virus that commands"

The protocol had imposed teleworking as a rule for several months as from October 2020, specifying that it should be "increased to 100% for employees who can perform all of their tasks remotely", before be relaxed in stages.

According to the latest official data (Dares), 20% of employees were teleworked for at least one day in October 2021, a stable proportion over one month after a continuous decline between April and August (-7 points).

Despite the pitfalls of telework pointed out by some employees (isolation, inappropriate housing, increased workload, etc.), companies are already anticipating the issue of the return of troops after the truce for confectioners.

A large press company in Paris has invited its staff "to observe as far as possible a week of teleworking after the festivities". Way to avoid a cascade effect of "reunions with family and friends".

But given the health situation, many companies allow their employees to telework even if they have not signed an amendment to their employment contract: this is the case with Malakoff Humanis, for 1 to 3 days per week since the beginning of December, and maybe up to 4 days after the holidays.

The fact remains that the hypothesis of a return to massive teleworking "moderately welcomes" the vice-president of the National Association of HRDs Benoît Serre, who points to a "devastating effect" for people and businesses. "If we have to start again - it is the virus that commands - it will put a mess not possible in organizations," he told AFP.

In the absence of "consensus", this measure will not appear in the draft law on the vaccine pass, but could be introduced by amendment, parliamentary sources said Tuesday, following a consultation conducted by Jean Castex .

Government spokesman Gabriel Attal noted that a consensus had, on the other hand, "clearly emerged" on "the need to strengthen teleworking".