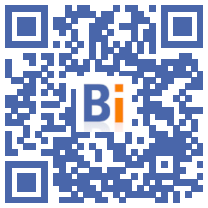 Two of the main French electricity suppliers, TotalEnergies and Engie, intend to reward the sobriety of their customers this winter, an approach which is similar to certain contracts offered by EDF for several years.

These initiatives are amplified by fears of tensions on the network, given the problems of gas supply and the difficulties encountered by the French nuclear fleet.

Hydrocarbon giant TotalEnergies announced on Wednesday a discount on bills ranging from 30 to 120 euros for its customers who will reduce their electricity consumption this winter, as part of calls for energy sobriety.

"This reward, called Bonus Conso, is a bonus ranging from 30 euros to 120 euros depending on the reduction in consumption that will be achieved by the customer," the company said in a press release.

To benefit from it, customers must have had an electricity contract with TotalEnergies since November 2021, be equipped with a Linky meter and not have changed accommodation since last winter. According to the company, this would concern "more than three million households".

Concretely, TotalEnergies will compare household consumption data between November 2022 and March 2023 with those of the same period of the previous year, without taking into account the "weather effect", i.e. temperature variations. from one year to the next.

This amount will then be deducted from April on the invoices of the customers concerned.

"This bonus comes on top of the savings made by the customer thanks to its reduction in consumption", underlined TotalEnergies in its press release.

An approach similar to that announced at Engie, with the first "My Engie Bonus" campaign launched in mid-October with individual customers who have given their consent "to access their daily electricity consumption data and have declared themselves interested in participating. daily challenges on tense days on the power grid".

"The daily challenge consists of reducing its electricity consumption by x% compared to its forecast consumption, based on the customer's consumption on the same day of the last three previous weeks (D-7, D-14 and D-21)" , said the operator.

"Between one and three days before the said day, we launch a challenge + My Bonus Engie +", which sets a consumption reduction target of between 10 and 20% depending on the weather and the needs of the network, explained to AFP Marion Deridder-Blondel, individual marketing director at Engie France.

The discount could reach between 5 and 10 euros per challenge, according to her.

At EDF, the approach is a little different, with the existence for many years of contracts allowing savings on electricity by shifting consumption to certain days (blue or white) rather than others (red).

Tempo, which replaced a peak day load shedding offer, is an option of the regulated sales tariff, defined by the public authorities and the Energy Regulation Commission (CRE) and marketed by EDF, in addition to the hours option peak/off-peak hours.