TotalEnergies signs its "return" to Iraq and invests 10 billion dollars 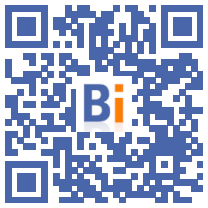 The French group TotalEnergies hailed Monday a "return by the front door" in Iraq with an investment which it estimated at around 10 billion dollars.

This same contract had been valued the day before at 27 billion by the Iraqi government, a difference which can be explained by the fact that operating expenses are taken into account in the long term.

Group CEO Patrick Pouyanné was in Baghdad on Sunday to initial the agreement with the government, which is to last 25 years.

Iraqi Oil Minister Ihssan Ismaïl then referred to a total value of "$ 27 billion", including an investment of $ 10 billion in infrastructure.

"When the minister says 27 billion, it is + Capex + (investment spending, editor's note) plus + Opex + (operating expenses)", said Patrick Pouyanné on Sunday at a press conference .

"And the Opex, these are costs, and we have income to finance" these expenses, he added.

On Monday, TotalEnergies confirmed in a statement that its projects in Iraq represented "a global investment of about 10 billion dollars" (about 8,4 billion euros), without mentioning other amounts.

"These agreements sign our return to Iraq through the front door, the country where our Company was born in 1924", declared Mr. Pouyanné, quoted in the press release.

The group will invest in facilities "to recover gas flared on three oil fields" in order to generate electricity (initial capacity of 1,5 gigawatts, then 3 GW), and the construction of a solar power plant of 1 GW of capacity to supply the region of Basra (south).

With the objective of developing "access to electricity for local populations through a more sustainable use of the country's natural resources: reduction of gas burning, a source of air pollution and greenhouse gas emissions. , management of water resources, valorisation of solar energy ".

Iraq has immense hydrocarbon reserves. It is the second country in the Organization of the Petroleum Exporting Countries (OPEC), and black gold accounts for more than 90% of its revenues. But he is facing an acute energy crisis and experiences incessant blackouts, which fuel social discontent.

The country even experienced a blackout of almost a day in early July as temperatures approached 50 degrees.