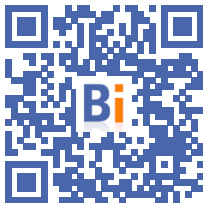 The French group TotalEnergies announced Thursday, December 1 the sale for 330 million dollars of its subsidiary operating the Dunga oil field in western Kazakhstan, as well as the signing of a future major wind project in this Central Asian country. .

The sale of the Total E&P Dunga GmbH subsidiary to a Kazakh company, Oriental Sunrise Corp Ltd, was signed on November 28, on the eve of the visit to Paris of Kazakh President Kassym-Jomart Tokaïev, received at the Elysée by President French Emmanuel Macron.

TotalEnergies' 60% stake in the Dunga oil field, located onshore in the Mangystau region, represents a production share of around 7.400 barrels of oil equivalent per day in 2022, TotalEnergies said in a statement.

The oil field was operated by Total alongside other partners and was the subject of a production sharing agreement signed in 1994 with the government of this former Soviet republic.

In addition, TotalEnergies announced that it had reached an agreement with two partners, Samruk-Kazyna and KazMunayGas, "for the development of the Mirny project, the largest wind project ever initiated in Kazakhstan", according to the French group.

“Its 200 wind turbines, totaling 1GW of installed capacity, will be combined with a 600 MWh battery storage system. The project will provide more than one million people in Kazakhstan with low-carbon electricity,” he adds.

TotalEnergies already has two solar power plants in operation in Kazakhstan representing a capacity of 128 MW, the press release recalls.

Kazakhstan, whose 69-year-old President Toakïev, in power since 2019, has just been re-elected on Sunday without real competition a few months after the brutal repression of riots against the high cost of living in January 2022, is at the crossroads of important trade routes and rich in natural resources.