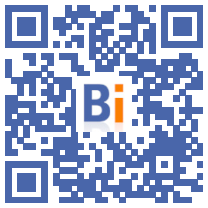 A Marseille company manager was sentenced on Tuesday to three years in prison for extortion and attempted extortion of real estate developers between 2010 and 2015 by increasing the number of appeals against building permits.

"These facts are really serious because they disturb the economic balance. They are no longer bearable in this city where there are rules which apply for all. In other circumstances, it is called racketeering", indicated the president of the tribunal Céline Ballérini.

The court issued a warrant of committal against Gérard Haddad, 55, with deferred effect of "three or four months to put his cases in order".

He is found guilty of having negotiated the withdrawal of his appeals against very large sums and is also sentenced to a criminal fine of 45.000 euros and must, even in the event of an appeal, immediately compensate 13 real estate companies by paying them a total of nearly 3,4 million euros in damages.

It is definitely forbidden to exercise a commercial or industrial profession.

The court was more severe than the prosecution which had requested a four-year prison sentence, two years with a probationary suspension.

He dismissed the idea, defended by the defense, of a David, anxious to fight against the disfigurement of Marseille by real estate operations, against a Goliath embodied by powerful real estate developers.

If an administrative appeal does not block the construction, "Gérard Haddad could not ignore, as a property dealer, that once a permit is attacked, this poses difficulties in obtaining bank loans and guarantees", estimated the court.

A large number of proceedings brought by Gérard Haddad and by his brother Albert Haddad, a general practitioner who died in July, had been ruled out by the administrative court but several companies had chosen to sign a transactional protocol in the office of their lawyers.

The investigating judge had identified 19 protocols that brought them in more than 2,2 million euros. "Many traded with you under conditions of moral constraint," observed the court.

During the hearing on September 23, Mr. Haddad presented himself as a sort of Robin Hood defender of Marseille. "You saw these new constructions as they are ugly," he said.

The examining magistrate had assessed the real estate assets of the "Haddad sphere" at more than 7 million euros.