Three years after the Senate report on bridge safety, the account is still not there 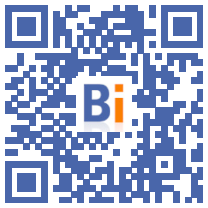 Following the tragic collapse of the Morandi bridge in Genoa on August 14, 2018, and twenty years after the Mont Blanc tunnel disaster, the Senate had conferred on the Commission for Regional Planning and Sustainable Development the powers of a commission of inquiry to assess the policy of surveillance and maintenance of road bridges, which form the main category of civil engineering structures present on French territory along with retaining walls and tunnels.

By delivering their conclusions on June 27, 2019, under the chairmanship of Hervé Maurey, the rapporteurs Patrick Chaize and Michel Dagbert then sounded the alarm on the worrying state of our road bridges by formulating 10 proposals responding to 3 main findings :

Three years later, the commission, chaired by Jean François Longeot, instructed Bruno Belin to take stock of the implementation of these proposals and to extend this work with additional recommendations, intended to feed into a bill.

Although 80% of the proposals made by the commission in 2019 were followed up in the measures announced by the Government (finance laws, Cerema national bridges programme), their implementation is notoriously insufficient, in particular with regard to financial resources. set for monitoring, upkeep and maintenance of bridges. As proof, the National Roads Observatory estimates the state of the heritage of bridges to be generally less good in 2020 than in previous years, for the State or for the departments. For the municipal block, the implementation of the National Bridges Program, piloted by Cerema, is a positive development, but the means deployed are far from meeting the needs. The first results of this program also seem to draw up an even more worrying situation than that sketched in 2019 by the commission: of the first 14.000 bridges visited, 23% have significant or major defects.

In this context, and on the eve of both the end of motorway concessions and potential road transfers to local authorities, the commission identifies 7 additional proposals to stem the spiral of deterioration of our engineering structures and face up to this "project of the century".

The essential of the report is available online on the Senate website.

Le 2019 Senate report on the safety of bridges is available online on the Senate website as well as the summary.