Third evacuation of buildings in Lille after a deadly collapse 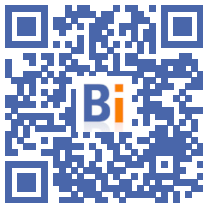 Residents and shops of a shopping street in the center of Lille were temporarily evacuated on Tuesday, November 29, the town hall said, during a third evacuation operation since the collapse of two buildings which left one dead on November 12. in the area.

"At the call of a tenant, the firefighters intervened at 52 rue Esquermoise" in Old Lille, "they decided to evacuate immediately" this building and the adjoining building for checks, said Tuesday evening the town hall of Lille in a press release. According to a source close to the emergency services, the firefighters had found cracks.

Access to a dozen buildings was blocked around 13:00 p.m., including the shops located on the ground floor, forced to close for the afternoon, told AFP several residents and traders present on the spot.

Among the residents affected, Téo Cahagne, 22, came in the afternoon "to collect some belongings" after a call from his owner.

But after verifications, the services "concluded that, if work in the cellar is necessary, the building did not present any particular difficulties", specified the town hall. "All tenants, owners and traders" were able to return to the premises, she said.

Since the collapse of two buildings which left one dead on rue Pierre Mauroy, two evacuation operations had already taken place in the historic center. Three buildings were evacuated last week rue de la Monnaie, before three others evacuated in the middle of the night on Saturday, rue Lepelletier.

The inhabitants of this street have since been able to return to their homes, according to the town hall, but 12 inhabitants of rue de la Monnaie remain relocated outside.

In this area, the alert had been given by a syndic, on the basis of a "report made by the owner a year ago, and which had not given rise to the necessary work", according to the town hall. The municipal services found "significant disorders" there.

"According to the experts, we won't be able to come back for a year. We opened our chocolate factory six months ago, and we have to start all over again elsewhere. Fortunately, the town hall is helping us," one of the traders concerned, chocolate maker Christian Roux.