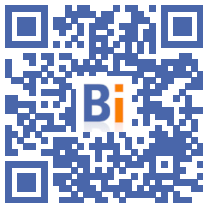 Real estate professionals alerted Friday to the number of homes classified as energy-hungry, threatened with a rental ban: according to them it would be much larger than expected by the government.

With the climate bill, the government is organizing the hunt for "thermal strainers", these energy-intensive homes classified F and G. Class G homes should be banned for rental in 2025 and F homes in 2028.

On July 1, a new Energy Performance Assessment (DPE) was put in place: according to its criteria, the government estimated in the private rental stock at just over 500.000 the number of G-rated dwellings in France, and around 900.000 the classified housing F.

"The first lifts suggest that instead of having 500.000 [homes] G, we should have between 800.000 and 1 million", assured AFP Jean-Marc Torrollion, president of the National Federation of real estate (FNAIM), which claims to be based on data from property managers.

On the other hand, the president of the FNAIM did not comment on the number of classified F homes.

For its part, the Ministry of Housing defends its new DPE, "more reliable and more complete". Since July, the energy diagnosis of housing is no longer based on energy bills, but on the characteristics of the building (quality of insulation, type of windows, heating system, etc.).

The ministry adds that it will be able "within a few weeks to share reliable data" on its real impact.

"To vote on the calendar without knowing the reality of the park was to play with the housing of the French," denounced in a joint statement the FNAIM, the National Union of Property Owners (UNPI) and the Plurience association.

"This means that within 3 years, we will have hundreds of thousands of energy-poor housing and if we cannot renovate them, we will not be able to re-let them", explains Jean-Marc Torrollion.

The three organizations specializing in real estate thus point to a risk of disinvestment in private rental housing.

To avoid it, they are calling for an adjustment in taxation, by doubling the ceiling for the land deficit attributable to landlords for major energy saving work, and the extension of the Denormandie law tax reduction to houses and apartments classified F and G.

In total, the government estimates the number of "thermal strainers" in France at 4,8 million, a third of which are occupied by low-income owners.