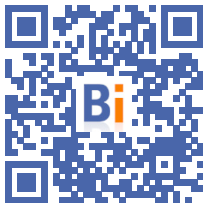 The group specializing in the importation and wholesaling of thermador valve articles saw its sales soar in the first quarter but remains cautious about the course of its business for the remainder of the year, given the persistence of the health crisis.

Over the first three months of the year, the group based in Saint-Quentin-Fallavier (Isère), in the suburbs of Lyon, invoiced sales for 127,0 million euros, up 33,8% on a year.

At constant scope, the increase in sales reached 28,0%, according to a press release released on Thursday.

Compared to its level in the first quarter of 2019 - a comparison that makes it possible to erase the impact of the first containment - Thermador's turnover remains up by 28,7%, which the group qualifies as "excellent performance".

He noted that, over twelve rolling months, its activity crossed the 400 million euros mark for the first time in its history.

The group does not provide forecasts for the rest of the current financial year, but lists a series of factors likely to handicap its activity in the months to come: the slowdown in the economy resulting from the new confinement, the closure of large DIY stores, traffic disruptions in the Suez Canal through which part of its supplies passes, the drop in housing starts.

On the positive side, Thermador notes "the exceptional enthusiasm of the French" for their house, their garden and their swimming pool, three of its major markets. It also welcomes the boost given by the government to the energy renovation of buildings, another of its major outlets.

The Thermador title, which has had a very good stock market run in recent months, traded on Thursday 82,00 euros (+ 0,61%), not far from its historic highs, at the close of the Paris Stock Exchange. At this price, the company was valued at 754 million euros.