Thermador results soar in the wake of sales 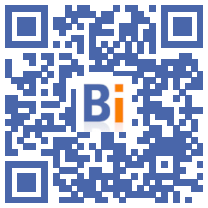 The group specializing in the import and wholesaling of thermador fittings saw its results soar in the first half, in the wake of sales that came close to "overheating".

Over the first six months of the year, the group based in Saint-Quentin-Fallavier (Isère), in the suburbs of Lyon, posted a net profit (group share) of 28,2 million euros, up 71%, according to a statement released Thursday.

This is the translation of the jump in operational performance - current operating income increased by 67% - itself enabled by the 40% increase in sales, to 262,7 million euros.

Thermador says it has taken full advantage of the "fundamental movement" in the thermal renovation of buildings. "The recent declarations of the French government also give us good prospects for the next five years", he welcomes.

Some of its subsidiaries, present in markets such as swimming pool accessories and domestic pumps, have also achieved performances deemed "out of the ordinary".

The group goes so far as to speak of "commercial overheating" and believes that this increase in sales is "too sudden to be sustainable". He therefore expects "a sharp slowdown in growth" in the second half of the year, especially since the second half of 2020 had already been very strong.

Thermador will nevertheless continue to recruit and invest in its logistics and IT.

These results were widely anticipated by the Stock Exchange, where the Thermador title ended Thursday near its historic highs, at 96,40 euros. At this price, the group was valued at 887 million euros.