Can the global economy be impacted by the woes of Chinese real estate giant Evergrande? 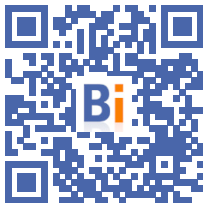 Shockwave or draft on the global economy? The default of the Chinese real estate giant Evergrande questions its consequences for the health of the international economy, already subject to many uncertainties.

China is already slowing down

The locomotive of world growth, China has already seen its engine seize up for several months, pushing the OECD to lower its growth forecasts in the country in early December this year and next year, to 8,1% and 5,1, XNUMX%, in the wake of the IMF in October.

More than the difficulties encountered in its real estate sector which represents about a quarter of its GDP, it is because of the impact of the pandemic on the economy and the current supply difficulties that Beijing is experiencing this slack.

Regarding stone, "recent events have highlighted the persistent risks on the Chinese real estate market, with potential significant effects between sectors and across borders", worried the OECD in early December, noting "the weakening of real estate investment, an important engine of growth".

It must be said that some figures related to Evergrande make you dizzy: its slate of 260 billion euros, its 200.000 employees (3,8 million including indirect jobs), the default on loans totaling $ 1,2 billion formalized Thursday by rating agency Fitch ...

The risk of contagion is still measured

In its financial stability report released in November, the US Central Bank (Fed) expressed concern that the woes of Evergrande could pose risks to the global economy, already under the specter of the slowdown after a strong recovery. this year, against the backdrop of an epidemic recovery and high inflation.

But for now, the world economy seems spared from a contagion effect and a major crisis.

"The slowdown in real estate in China will be significant but contained, due to the low stock of unsold homes, the possibility of relaxing public policies, urbanization and significant income growth," said the firm Oxford Economics in November economic forecast.

However, the firm has established two crisis scenarios, one where global growth would be cut by 0,7% by the end of next year if the Chinese real estate setbacks were to resemble those of the period 2014-2015. in the country, and the other where global GDP would fall by 1,6 points at the end of 2022 if this air hole looked like the American or Spanish real estate crisis of the 2000s.

One of the important issues of the current crisis is the commitment of the Chinese authorities, and recent positions have allayed fears of fire. On Monday the central bank lowered the reserve requirement rate for banks, and the same day the political bureau of the Communist Party of China (CCP) affirmed its support for the real estate sector.

"The pressure concerning a Chinese slowdown is very great, it would not be rational to adopt too strong constraints of deleveraging" on real estate players, underlines Xiaodong Bao, portfolio manager for Edmont de Rothschild AM, with reference to strong regulatory constraints imposed by Beijing since last year to clean up this sector.

Economist specializing in Asia-Pacific for the firm Euler Hermes, Françoise Huang anticipates that "we risk continuing to have faults but their impact should be contained so that the Chinese economic slowdown is not excessively worrying for the rest of the world ".

According to her, a number of appeasement measures taken by the Chinese authorities since the fall have already had a positive effect on loans granted by banks and home sales, as well as on interest rate levels. bringing "a cushion to the current economic shock".

Global financial markets, for their part, remained relatively untouched after the official announcement of the default of Evergrande by Fitch, and have been fairly little shaken since the onset of Evergrande's setbacks, apart from increased volatility on some. sectors.

Interest rates on Chinese debt deemed to be at risk ("high yield") have, however, experienced a certain runaway in recent weeks and rose further on Thursday.