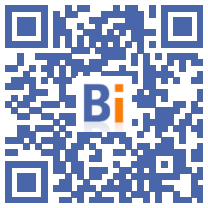 The World Bank has sanctioned entities of the French groups ADP and Bouygues for irregular practices during the negotiation of markets, in particular those of airports in Madagascar, we learned Friday from concordant sources.

Under agreements with the World Bank, some of the companies concerned will not be able to participate in calls for tenders financed by it until the beginning of 2023, a case noted by the newspaper Le Monde.

The charges date back to 2015, when a consortium formed by entities from ADP, manager of Paris airports, the construction group Bouygues and the latter's subsidiary, Colas, negotiated a contract to renovate and extend the airports. Madagascans from Antananarivo-Ivato and Nosy Be-Fascene.

During the concession tender, ultimately won by the consortium, the sanctioned companies "had inappropriate meetings with government officials" from Madagascar, the World Bank said in a statement.

After audit, the companies in question - ADP International SA, Bouygues Bâtiment International and Colas Madagascar SA - acknowledged the facts and accepted the sanctions, according to the same source.

ADP International and its subsidiaries are excluded for one year from contracts financed by the international organization, with an additional year of probation.

This decision also punishes acts of "fraudulent practices" by ADP International during the negotiation of the Zagreb airport concession contract: according to the World Bank, fees were "partially transferred to a consultant who was not under contract" between June 2011 and March 2014.

In the Malagasy case, Bouygues Bâtiment International has accepted a one-year probation, while Colas Madagascar is excluded for two years from contracts financed by the institution.

The consortium's lawyer, Antonin Lévy, confirmed the agreements and qualified the alleged meetings as "technical meetings with the principal, relating to aspects of the project", i.e. a "breach of the ethical rules of the World Bank, because when we are in a call for tenders we must not speak with the client".

Me Lévy assured AFP that "the investigation did not show any impact on the market" and the result of the call for tenders.

Contacted by AFP on Friday, neither Groupe ADP nor Bouygues wished to comment on the possible consequences of this affair for their finances.

ADP, which like Bouygues did not publish a warning on results, specified in a press release that it had collaborated in the audit and underlined that the exclusion of the markets only concerned ADP International and not other subsidiaries of the group, such as the Turkish TAV.