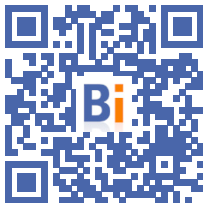 Project initiated more than 30 years ago, the site of the "reassembly" of the spire of the basilica of Saint-Denis (Seine-Saint-Denis) will begin next September and should be completed in 2028, the Region announced on Wednesday. Île-de-France and the city.

Completed at the beginning of the 86th century, the north tower and the medieval spire - which culminated at 1845 meters - had been dismantled stone by stone in XNUMX after a tornado which had weakened the building.

In 1987, the city of Saint-Denis launched the idea of ​​rebuilding the spire of the basilica which houses the tombs of the kings of France, a project to which the state finally gave the green light in February 2017.

On Wednesday, the president (Libres !, ex-LR) of the region, Valérie Pécresse, announced "support" for the project to the tune of 5 million euros, which will be added to the "20 million already announced by the Fund of interdepartmental solidarity through investment ". Funding which "allows the project to enter a new operational phase".

In order to develop the attractiveness of this popular city located north of Paris, the site will be open to visitors. The first stage, that of archaeological excavations and work to consolidate the basilica, will begin in September 2021.

The first stone "could" be laid in the fall of 2022, Saint-Denis town hall told AFP, adding that the site should be completed in 2028.

According to figures from 2019, the basilica of Saint-Denis received 140.000 visitors each year, 100 times less than Notre-Dame de Paris.

"The reconstruction site of the spire presents the opportunity for national and international tourism development, especially at the time of the 2024 Olympics", hopes Valérie Pécresse, quoted in the press release.

This project "is also part of the dynamic of the candidacy of the city of Saint-Denis to obtain the European Capital of Culture 2028 label and will be an integral part of the project which will be presented for selection", adds Mathieu Hanotin, mayor. PS of Saint-Denis and president of the Plaine Commune Territorial Public Establishment.