The will may limit rights 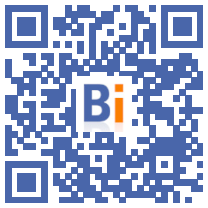 A will can deprive the legatee of the right to do what he wants with the good bequeathed, recalled the Court of Cassation.

On the occasion of a dispute between a son and his father, she recalled that a deceased could impose conditions by bequeathing a good taken from the available portion of his patrimony, that is to say a good that he could bequeath to whomever he wished.

The son reproached his father for having sold the house bequeathed by his mother.

The will gave the house to the husband, responsible for him, on his death, to pass it on to their son. The law speaks of a "gradual legacy". The father inherits but his right to property is reduced by the obligation to transmit one day to his son, an obligation which prohibits him from selling or giving away this property, the Court explained.

It should not be confused, she stressed, with the "residual legacy", which allows to bequeath to one with the obligation to transmit to the other what will remain at the time of his own death. In this case, there may be nothing left if the property is sold. The author of the will thus intervenes in the future succession of the beneficiary of his will.

In the present case, the Court observed that the father, by selling the house when he had benefited from a "gradual bequest", had exercised a right which he did not have. But it is the notary who was ordered to compensate the son for not having underlined these obligations and prohibitions during the settlement of the succession and for not having published them in the land registry service, which would have prevented the sale of the property. well that had to be preserved.