The west of Lyon will not be served by a gondola 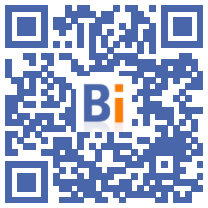 The gondola project which was to serve several municipalities in western Lyon by 2026 has been abandoned in the face of the "strong opposition" it arouses, announced Tuesday May 10 Bruno Bernard, environmental president of the metropolis and the authority transport organizer.

Carried by the environmentalist majority, this "urban cable car" project between the municipality of Francheville and Lyon, was rejected by the municipalities concerned by some of the four routes envisaged, such as the LR town halls of La Mulatière or Sainte-Foy-lès-Lyon , as well as by several collectives of inhabitants.

The Syndicat mixte des transports pour le Rhône and the Lyon conurbation (Sytral Mobilités) highlighted the advantages of the project, such as the possibility of crossing the Rhône, the Saône and the "contrasted relief" of western Lyon. to open up a road saturated by car traffic.

Eventually, this cable transport costing 150 to 165 million euros was supposed to provide 59.000 daily trips between Francheville and the south of Lyon for a journey time of 25 to 30 minutes from one end to the other. of the line.

Faced with the outcry of elected officials and residents, particularly opposed to the installation of imposing pylons and an overflight deemed problematic of their neighborhoods, a consultation was carried out between November and February. More than 4.000 people took part in the meetings organized and nearly 6.000 contributions collected, specifies Sytral in a press release.

"This consultation has largely mobilized the inhabitants of the territories concerned. There is strong opposition from citizens who have expressed themselves on this new mode of transport. The conditions are therefore not met to carry out this project", explains Mr. Bernard, quoted in the press release.

Sytral intends to continue "the dialogue with the inhabitants and the various actors in order to establish multiple and adapted solutions", he adds.

In particular, the creation of new bus lines and the strengthening of the tram-train in western Lyon, operated by the Auvergne-Rhône-Alpes region, are mentioned. "Discussions are underway between Sytral Mobilités and the region" in this regard, according to Sytral.

"It's a very good decision, we are not at all surprised," reacted to AFP Alain Bavozet of the local residents' association "Touche pas à mon ciel".

"The consultation was exceptional in terms of the number of contributions, the fellow citizens of western Lyon were interested in the subject and showed that the questions of mobility in this area deserved a real answer", he added, assuring want to "continue to cooperate with Sytral" to develop alternative solutions.