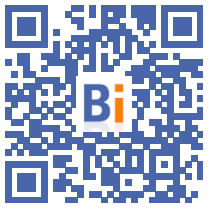 On October 14, the Department of Tax Legislation responded positively to the SNFA's request to reduce the VAT rate for pergola installations to 10%. It was following several jurisdictions, having ruled on an appeal for compliance with the 10% VAT rate for the installation of pergolas, that the SNFA had made an official request to the public authorities to validate this new rate.

Considered as “a roof overhang covering surfaces adjoining the existing construction”, pergolas now benefit, in the context of supply and installation, from a reduced VAT rate of 10%, under the following conditions:

This decision supports the effort of the SNFA to recognize the advantages of the pergola as an element of sun protection, and not of increasing living space. It is indeed important to enhance these facilities adjoining the house, to better protect the existing openings thereof.

For Sandra Bertin, General Delegate of the SNFA: “The pergola has a real advantage for the regulation of solar gain, but also for the comfort of the inhabitants. It seemed essential to us to define a precise framework in order to enhance the work of the professionals we represent, both designers, manufacturers and installers of aluminum profile joinery. This decision is a positive message on the contribution of the pergola to the reduction of energy consumption of the house, especially in summer. »

The pergola installations, which have been on the rise for two years, are thus framed in an official context, to integrate them as an extension of the roof covering the house, and which excludes independent structures.

For Benoit Schemel, President of the Verandas and Pergolas section of the SNFA: “It was a response expected by professionals in the context of a job-generating market that is attracting more and more players. »