The transformation of offices into housing, a solution that is struggling to take off 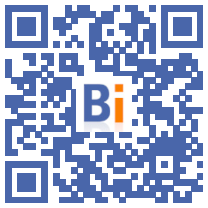 Like the former prefecture of Paris Morland, where the first tenants settled at the end of April, the transformation of offices into housing is on the rise in Paris... despite the still significant pitfalls.

Boulevard Morland in the heart of the capital (60th arrondissement), the massive building from the XNUMXs which housed the prefecture and municipal services has had a facelift.

To create - among other uses - some 200 housing units (including 40% social housing), substantial work was needed. “We only kept the concrete structure. We redid the insulation, the false ceilings …”, explains Julien Desenepart, operational director at the project promoter, Emerige.

Several other emblematic projects for the transformation of offices or shops into housing are underway in the capital, such as the former headquarters of the Paris Hospitals (AP-HP) or the former Tati Barbès store.

Paris at the forefront

Causes of this success: on the one hand the development of telecommuting, which lowers the demand for office space. And on the other hand environmental standards.

The "zero net artificialisation" (ZAN) objective, enshrined in the law, tends to favor the rehabilitation of buildings or wastelands rather than accentuating urban sprawl.

The Action Logement group, co-managed by employers and unions, thus created in 2020 a real estate transformation company (FTI), which must dedicate 1,5 billion euros to it in the coming years.

For example, it is responsible for creating 91 housing units in the former headquarters of Urssaf Lorraine, a Haussmann building in downtown Metz.

"In this desire to limit the artificialization of land and the carbon footprint in construction, the reconquest of these vacant or poorly occupied spaces is interesting, especially in dense areas", testifies Kevin Maruszak, director general of the FTI.

According to an estimate by the Ministry of Housing, since 2013, some 5.300 authorized dwellings per year were previously offices. That is about 1,2% of building permits.

But in Paris, a very dense city where land is as rare as it is expensive, this figure exceeds 12%.

"There is an extremely large deposit in Ile-de-France", welcomes Jean-Philippe Dugoin-Clément, vice-president (UDI) of the Ile-de-France region, in charge of town planning.

"We estimate that we will have 300.000 square meters that will be freed up per year, with a previous deposit which was 4 million. So there is a margin which is absolutely enormous", he said.

The developers of office buildings, for their part, highlight the "reversibility" of their constructions, that is to say the possibility of changing their use in the future, as for the future Tour Triangle in Paris.

For office owners, often large asset management companies, it is economically more attractive to rent offices than housing. And accepting their transformation often means acknowledging a loss of value.

"A poorly functioning office building, its owner will keep it anyway, until it reaches the breaking point; and there, the law of the market prevails", explains Hideki Kurata, manager for France of the American residential property company Greystar.

The work can also be expensive. The buildings of the 1970s and 80s, explains Kevin Maruszak, "are very thick buildings, which can also be polluted, in particular with asbestos."

A tower will also have many "blind" spaces, without windows, and therefore difficult to transform into a living room without losing surface area.

Local elected officials can also be reluctant, because housing will bring in less local tax than offices, and will lead to a need for new expensive public services: schools, nurseries, etc.

"There is a +macro+ interest in doing it. Because lower costs, lower energy balance, housing crisis... But if we look at it from a local point of view, there is not necessarily any interest economic, for a mayor, to do it. There may even be disadvantages", confides Jean-Philippe Dugoin-Clément.

Governments have also taken steps to encourage these changes. The Elan law of 2018 allows construction sites for the transformation of offices into housing to derogate from certain rules, in particular the quotas for social housing.