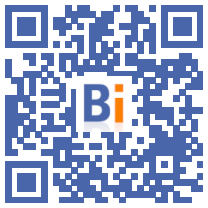 The French trade deficit reached 6,6 billion euros in July, a little higher than the level of June, under the effect of an increase in imports, Customs announced on Wednesday.

"The growth of imports, which has exceeded that of exports since the beginning of the year, is still significantly weaker in recent months," said Customs in a statement.

In the first half of 2021, the deficit had widened to 34,8 billion euros, exports of goods amounting to 240,2 billion euros and imports to 275 billion.

"This return to normal of imports compared to the pre-crisis situation must however be put into perspective. It is, in part, due to the increase in the import prices of raw materials and industrial products observed since the beginning of the year ", explain the Customs.

The energy deficit was stable around 3 billion euros, "lower than before the crisis", with 3,7 billion euros on average in 2019.

Regarding capital goods, the deficit is 2,7 billion euros, much higher than before the health crisis.

The deficit of intermediate goods reached for its part 2 billion euros, evolving for five months at a historically high level, detail the Customs.

As for the balance of payments, which includes trade in services, the current account deficit stood at 3,5 billion euros in July after 0,9 billion in the previous month.