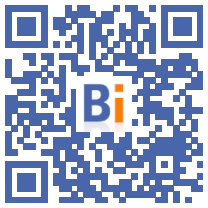 The mayor of Paris will withdraw certain benches and public seats with contested aesthetics, announced Monday Emmanuel Grégoire, first deputy of the mayor PS Anne Hidalgo, among 8 measures for a "new aesthetic" which sound like a response to the critics of the movement sacking of Paris.

Rejected at 82% by the 2.000 voters of an online consultation carried out from the beginning of March to the end of June, 150 seats nicknamed "mushrooms" will be removed in the coming months, announces the town hall which will also renovate or remove the wooden benches nicknamed " mikado".

The rapid degradation of these modern benches is one of the criticisms of the SaccageParis hashtag, which appeared at the beginning of spring to denounce the problems of cleanliness, the choices of street furniture or the development of public space.

The town hall will also remove 2.000 signs that it considers "useless" among the 807.000 items of street furniture, 10% of which are linked to travel.

The 60 km of coronapists born during the first confinement, and criticized for their yellow traffic signs and their concrete blocks, will for the most part be made permanent by the end of 2023. "We will no longer use these devices for the new cycle paths" , assured Mr. Grégoire who promises a provisional report "more discreet and harmonious".

A plan to safeguard historic furniture, defined as an "absolute priority" by the City, will include a painting campaign to restore it to its original appearance.

The press conference was held at the Pavillon de l'Arsenal, which hosts an exhibition on aesthetic controversies in Paris, and in front of the Davioud bench bought up at auction by residents who offered it to the City in order to alert on the preservation of this furniture from the Second Empire, emblematic of the capital.

Faced with accusations of their supposed gradual disappearance, the town hall will identify "precisely" these historic benches, added Mr. Grégoire.

The City will also try to harmonize the feet of vegetated trees, another favorite subject of critical Internet users. A "typical example" of "subject for improvement", recognized Mr. Grégoire for whom "the reproaches which were made to us, we share them ourselves".

"We do not do that to respond to saccageParis" but "when we are questioned by citizens (...), it deserves to be listened to, respected", measured the first deputy for whom "what the collectives say saccageParis is not false in itself "but exaggerated and" instrumentalized ".