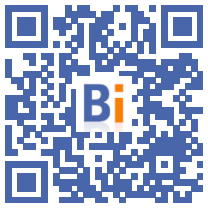 Applied to the method, but still hesitant about the form, Elisabeth Borne is challenged to endorse at the same time, and in times of heavy weather, three new costumes: head of government, leader of the majority and candidate.

How to become Prime Minister? "I'm not sure there is a manual," laughs Ms. Borne, asked about her dive into the deep end from her stronghold of Vire, in Calvados.

At his side, Edouard Philippe refutes that there is any advice to be given, and breathes: "I am happy that it is she who sticks to it because she is solid".

A month after her appointment, Ms. Borne must follow an accelerated apprenticeship, in delicate conditions, between an international and economic context darkened by the war in Ukraine, tight legislative elections and her own candidacy in Normandy.

Admittedly, unlike her predecessors Jean Castex and Edouard Philippe, Ms. Borne arrives taught by five years of ministerial experience, from Transport to Labor via Ecology.

Polytechnician, passed by several firms including Matignon under Lionel Jospin, and large companies (SNCF, RATP ...), regional prefect, Ms. Borne is preceded by a reputation for "requirement" and "efficiency". "She is not an engineer by chance, so it has to work", sums up her friend, the former Minister of the Armies Florence Parly.

But is this technical knowledge coupled with an ability to manage the ego of the few political beasts on his team?

“She has a strong grip,” confirms a minister. Before adding: "She is all the more respected as all the heavyweights are rather well served in the government. So nobody has an interest in her jumping."

Inspired by Lionel Jospin, who had instituted a similar meeting every Thursday morning in full cohabitation, Ms. Borne also brought a personal touch by establishing a monthly meeting of all her government in Matignon in order, she told AFP, to maintain "moments of political exchange on the major choices".

For the time being, constrained by the period of media reserve linked to the legislative elections, Ms. Borne has hardly been able to "enter the match" to embody her stature as Prime Minister, according to an adviser to the executive.

However "her beginnings are rather successful" in terms of notoriety, observes the general director of opinion of Ifop Frédéric Dabi, noting that "the share of people who do not know her has collapsed".

But his "image remains under construction", he adds, between "competence, seriousness, rigor, integrity" and the "Macronian defects" of a "technical person, not elected, maintaining a form of distance". Even "hardness", as illustrated by the exchange which sparked controversy with a disabled listener, whom Ms. Borne invited to "perhaps resume a professional activity".

At the same time, the elections forced her to immediately assume the role of leader of the majority, standard bearer of the legislative battle.

A challenge in a Macronie where it is difficult to exist in the shadow of the Head of State, especially since Ms. Borne, never elected but who claims to be on the left, is hardly identified politically and brings no troops behind her.

Ms. Borne gave pledges, organizing videoconferences with all the candidates, and making a few support visits. But his speech without breath on the evening of the first round also made measure his margin of progress.

“Modest”, according to those around her, Ms. Borne is struggling in the field to get out of her role as VRP of government policies, which she sells more easily than her own name in the 6th district of Calvados, where she competes.

Campaign reflexes are still in their infancy: she often forgets, between market stalls or when concluding a public meeting, to remember to vote for her! “She will have to split the armor”, underlines an adviser to the executive.

Ms. Borne will be forced to quickly beef up her political game, in front of an Assembly where a revived left should shake her up.

The results of the legislative elections could also turn the situation upside down: "If the majority for Emmanuel Macron is relative" and forces him to build a coalition, probably with LR, "does it stay? The question arises", suggests Frédéric Dabi.