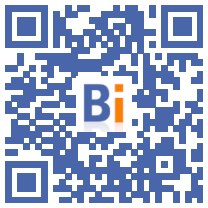 About fifty elected officials from the municipalities of Fessenheim and the surrounding area demonstrated on Wednesday in front of the Haut-Rhin prefecture, in Colmar, to challenge the state on the "financial impasse" in which they believe their territory is after the closure of nuclear power plant in 2020.

"Stop the hold-up", denounced the elected representatives of the community of municipalities of Pays Rhin-Brisach, demanding the end of the payment to the State of an annual financial contribution of 2 million euros, linked to the tax revenues obtained at the Fessenheim nuclear power plant, now shut down.

"Nothing is moving, the government is deliberately allowing the situation to rot," said Gérard Hug, the president of the community of communes, in front of the prefecture.

For Claude Brender, mayor of Fessenheim: "President Macron had said that he was following the Fessenheim file closely, but I do not believe it for a second, if that was the case he would not leave us in such a situation. . "

"Fessenheim should be an exemplary closure, here we have the example of what not to do", again tackled the deputy of Haut-Rhin Yves Hemedinger (LR).

The criticism relates to the functioning of the National Individual Resource Guarantee Fund (FNGIR), born in 2010 from the abolition of the professional tax to establish compensation between the communities benefiting from the reform and the losers.

This contribution was financed by tax revenues collected from the nuclear power plant until 2020, i.e. 6,4 million euros per year. The loss of this tax revenue is fully compensated by the State until 2023, then on a declining basis until 2030.

But for the local elected officials, the maintenance of the contribution under the FNGIR is synonymous, in the long term, with the financial "asphyxiation" of the territory.

"Over the next 20 years, communities will be charged 40 million euros," said Gérard Hug. "In the long term, the nuclear power plant will cost more to the territory than what it was able to bring back during its period of operation!", He said.

The "neutralization of the effects of the FNGIR" had been promised to these elected officials in 2018 by Sébastien Lecornu, then Secretary of State for the Ecological Transition.